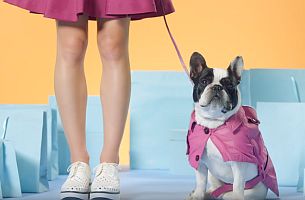 "France is in the air", once again, with Air France and BETC, thanks to a series of five films presenting the different services offered by the company, from the passengers’ point of view.

Satisfied, relaxed or delighted - the passengers discover all the pleasures of traveling 'à la français', as comfortable at the airport as mid-air.

The films, released today on the 30th of March, invite us into the colourful, slightly offset and chic universe of Air France, following the style of the company’s safety demonstration video released last year.

The films come in eight languages, although staying true to the French accent, and will be distributed online and on mobile all over the world, with a strong media support in nine countries (France, US, Germany, Brazil, Canada, China, Spain, Italy and Japan).

Song: WARM IN THE WINTER