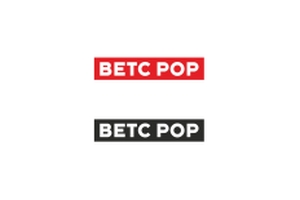 The successor to BETC Music, BETC POP shakes up old advertising codes and draws together the worlds of entertainment. The new structure will scout musical talent, experiment with entertainment and design, and produce content and experiences that merge different art forms.

Pop, as in pop culture. Because the frontiers between commerce and pop culture have become porous and content of every kind (ads, clips, movie trailers, video games, TV short formats, a dance performance, Internet memes or even the hottest new restaurant tips) is now competing for attention on a multiplicity of devices.

Scouts. Because talent is central to the ultimate in content and experiences, BETC POP will channel all its passion and sincerity into scouting the talents of tomorrow, following on from We Are From LA, Justice, Woodkid, Romain Gavras, Flume, Disclosure, executive chef of La Jeune Rue Antonin Bonnet, designer Maud Bury and, shortly, Sundance award winner Kahlil Joseph or Glass Candy.

Lab. Because BETC POP is a source of inspiration that shakes up the old advertising codes and draws together the worlds of entertainment – music, fashion, food, film, gaming, web culture – and design. All these ingredients are combined in an integrated agency centered around talents, a flat organization and different disciplines intersecting to write the future of pop culture.

Is it an agency? Is it a medium? To keep pace with the demand for rapid response and agility that is creating a disposable now, BETC POP is a hybrid structure that puts its faith in the power of these conjunctions to produce enduring, challenging content and experiences, objects of pop seduction, nuggets of culture.

In the very near future, BETC POP will be providing concrete examples in the form of collaborations with the ambitious La Jeune Rue gastro-district project, with France's leading cinema operator UGC and with international label Air France Music, to name but three.