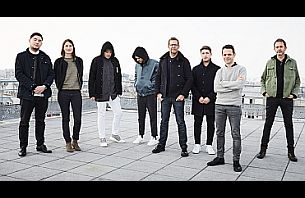 BETC POP is a lab-agency within BETC, entirely dedicated to pop culture. It works with talent scouting and content creation, at the crossroads of business and entertainment. In September BETC POP teamed up with Polydor, Universal Music’s legendary label to create POP Records. The collaboration is a demonstration of their wish to challenge the traditional models of the music industry.

POSTAAL is an Anglo-French duo that creates soulful and passionate electro-pop. They have a strong relationship with the hot French dance crew The Shoes and contributed to their latest album on the hit 'Give It Away'. Contrary to the latter’s boisterous, high-octane approach, however, POSTAAL take a more low-key, impassioned route with their sound.

Their first tracks have allowed the duo to get noticed by festivals such as the Transmusicales (Rennes) as well as French and international medias, from the waves of Radio Nova to US websites Noisey, Fader, Pigeon and Planes, Hypetrak through French Delicieuse Musique, Clique and Trax.

"I’m very pleased that POP Records, BETC’s first record label, has signed POSTAAL. Their sound is abrupt yet sensitive and the songs are both fierce and poetic. The perfect alchemy for a first signature," says Remi Babinet, Founder and Executive Creative Director of BETC.

"Universal Music and BETC’s teams have been collaborating for years in a constructive and vertuous relationship. I am thrilled that it is now materialised through POP RECORDS’ first signature, as part of its partnership with the label Polydor, with POSTAAL’s ambitious artistic project," commented Olivier Nusse, CEO of Universal Music France. The band will play at The Great Escape festival in Brighton in May, and are working on an EP to be released this summer.