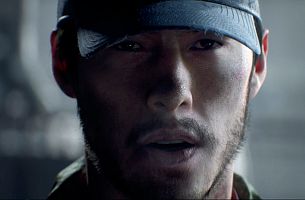 Launching in March 2016, Tom Clancy’s The Division (TCTD) is set in a society on the brink of collapse. The game immerses players in a mid-crisis New York City, which has been devastated by a fictional strain of smallpox - the Variola Chimera virus. As chaos reigns, The Division, a classified unit of self-supported tactical agents, is activated in the middle of the epidemic to restore order and reclaim the city. In the video game, players discover how fragile the society is.

Agents of The Division: Modern Heroes

The 'Yesterday' trailer, created by Ubisoft and its agency BETC Paris in 100% CGI, shows the evolution of society, before and after the virus strikes NYC. The contrast is stark between the idealised yesterday and the dramatic 'today', after the virus has begun to spread.

In the chaos and disorder the agents of The Division step up as modern day heroes.