After July's 'WeAreData', power is given back as users track their own digital trace 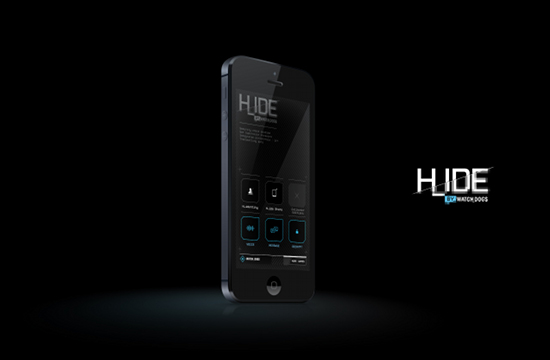 The WATCH_DOGS WeAreData website, which launched in July this year, demonstrated the quantity of public data in 3 major cities (Paris, Berlin and London) that is available to anyone.

Ubisoft is now giving back the power with its new application H_IDE by WATCH_DOGS that lets the user control hers or his digital trace.

Today, every text message sent, every image shared on social networks, each tweet and every voice mail, feeds each person’s digital trace, beyond control. With H_IDE by WATCH_DOGS, power can finally be regained.

The app simply encrypts all the users interactions on social networks, and thus eliminates every trace of hers or his digital life. H_IDE by WATCH_DOGS is an application that allows the user to visibly disappear from all social networks.

H_IDE by WATCH_DOGS functions as a Smartphone OS. The application allows the user to encrypt any photos, text messages or audio content and make it unrecognizable. The content can then be shared on social media or sent by SMS, 100 % encrypted. Only other users can encrypt images and messages. Images are decoded by flashing them with the application’s scanner and text messages through a single-use code system in the app.

Thanks to a member H_identity card, the user can compete against other hackers in a special ranking system and exchange encrypted messages and images only readable by the H_IDE by Watch_Dogs users.

A first version of the application is available from August 21 on iOS and Android. It will continually be enriched during the coming weeks with new features such as additional voice filters and an augmented reality module for recognising 3D images.