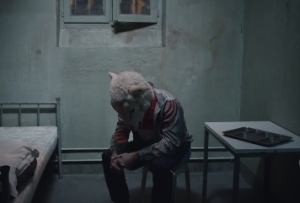 The French association Ensemble Contre la Récidive (Citizens Against Recidivism), with agency BETC, has released a new film to raise awareness for problems leading to recidivism.

The organization helps prisoners better reintegrate into society and is leading the fight against recidivism in France in order to reduce the rate of repeat offenders.

The new film symbolically represents the transformation some prisoners go through while serving their sentence. During the 45-second spot we witness an inmate metamorphise from a lamb into a wolf throughout his prison term.