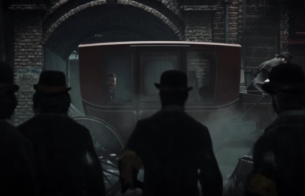 The new instalment of Ubisoft’s #1 license, Assassin’s Creed Syndicate, takes place in London during the year of 1868, in the heart of the industrial revolution. An era marked by unprecedented progress, but also social injustice with an oppressed working class.

BETC has created the official trailer of Assassin's Creed Syndicate, which was directed by Megaforce and produced by Iconoclast.

Like a Rocketman: The Problem with Creative Career Paths
View all News