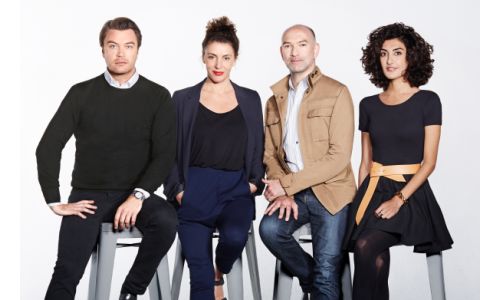 2014 has been a successful year so far for BETC Luxe. Created in 2005 by Claus Lindorff, the luxury entity within BETC has seen significant growth.

With 3 new clients already signed in the first half of the year: GANT, Piaget and Jil Sander fragrances, the agency, set to celebrate its 10-year anniversary next year, has enlarged its team to match this expansion.

Brune Buonomano has joined BETC Luxe as the Deputy Managing Director and will be managing international clients and contributing to the agency's development by heading up new business. Prior to this, Brune held the title of Development and Communications Director for the agency Havas Paris. She will play a key role, assisting Claus Lindorff, Founder and Managing Director of BETC Luxe, and Safia Bouyahia, Creative Director, in the running of the overall agency team of 35 people.

André Mazal has also joined the entity's team as Director of Strategic Planning and will be a central part in the new team set up. André was previously Visual Planner at BETC Paris.

Claus Lindorff comments on this evolution: "BETC Luxe is facing important growth, expanding beyond France's borders with an increasing number of non-French global clients. That's why we've created a team based on senior international profiles, all from very different backgrounds but always linked to luxury and fashion."