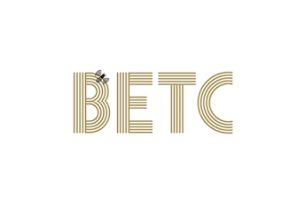 BETC Paris has announced the first steps in the acceleration of the BETC network, across Paris, London and Sao Paulo. 2015 saw the network grow to almost 1000 people and an increase in organic revenue of 8%. 2016 is bringing further talent and business growth for the three offices, with leading global brands such as Peugeot, Evian, Canal+, Lacoste and Air France.

September will see the inauguration of BETC’s new headquarters Les Magasins Généraux - a 20,000m² former flour and grain warehouse - situated in Greater Paris. The building presents a diverse cultural ecosystem, housing BETC Paris’ 900 staff, creative partners and a dedicated creative space open to the public. The move to Les Magasins Généraux heralds a new era of international creative growth, production and innovation for the agency and for Greater Paris.

BETC will be at the heart of Europe’s largest urban development scheme with the construction of Grand Paris Express - a new, enlarged metro system - of which Rémi Babinet has been named President of the Cultural Funding Board.

BETC Sao Paulo has gone from strength to strength since the office opened its doors in 2014, growing from 9 to 65 people in less than two years, and winning the Peugeot Brazil account at the end of 2015. Erh Ray and Gal Barradas, the partners and Co-CEOs of BETC Sao Paulo, were last month promoted to Co-CEOs of Havas Creative Group Brazil, and will be leading all Havas creative agencies in Brazil, alongside their BETC roles. Ray and Barradas’ joint success was also recognised by the Brazilian Advertising Association, who named them the best Advertising Agency Managers of 2016. The addition of Peugeot should see the agency’s revenue double in size this year.

“2016 is a very exciting year for BETC. Paris, London and Sao Paulo are working closer than ever before. Significant investment from the teams across all the offices has allowed BETC to accelerate and realise our ambition of one agency, rooted in three incredible international cities,” say Rémi Babinet, Chairman of BETC.

“On top of that, BETC is at the heart of an extraordinary adventure which is that of the metamorphosis of one the world’s most creative cities - Paris. The Grand Paris Express metro will power a transformation of the like never seen since the 19th century - giving Paris a greater scale with a new dynamic flow. With this project, and Les Magasins Généraux, BETC will be one of the key contributors to the emergence of a ‘post-peripherique’ culture for the city, helping to build the narrative of the new, Greater Paris.”