Best Of The Best, Baby at Automark 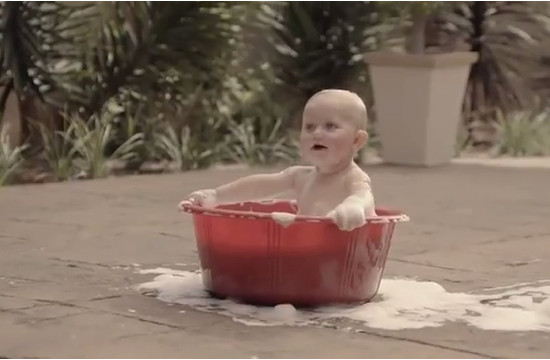 Toyota South Africa’s Senior Manager: Marketing Communications and Planning, Pieter Klerck, briefed the agency to push the sentiment of ‘best of the best’ in the pre-owned market.

“Automark’s target market is broad – males and females from all races from the age of 18 and upwards that are looking for a pre-owned vehicle. They are individuals who put a large amount of emphasis on status and lifestyle. However, no matter who we are talking to, there is always some sort of anxiety around purchasing a pre-owned vehicle”.

Given that Automark has thoroughly checked all vehicles before letting them onto the showroom floor, customers can be assured that only the best of the best have been selected
for them. In fact, because its standards are so high and measures so stringent – they’re backed by Toyota and certified by the Automark dealership.

“We needed to reinforce that, when a customer purchases a pre-owned vehicle through Automark, they get the backing of the Toyota brand. This means quality and trust – qualities that eliminate a large amount of anxiety from the customers mind. Along with that peace of mind comes the wide range of choices with 2 500 vehicles being advertised online and 6 000 vehicles availible across almost 200 Automark showroom floors”.

The 30” TVC which launched in the first week of November is turning the historical approach to pre-owned vehicle advertising upside down by using a methapor for what vehicles really mean to their owners. It’s more than just a vehicle to them, it’s their baby!

“Jonathan Parkinson from Fresh Eye Productions added a superb treatment to the creative concept – one that was unusual, engaging and very relevant to today’s consumer. It highlighted how important vehicles are to the target market, but also acknowledged that trust, honour and reliability are extremely important at any price point. We are of the opinion that it will have tremendous appeal and quickly build traction for Automark,” he said.