Berlin Fashion Film Festival is a platform and driver for creative film makers, agencies and brands in the fashion world 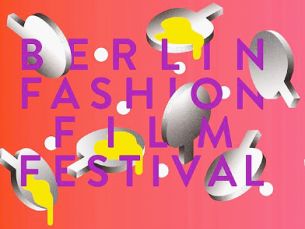 Since its founding in 2012, the Berlin Fashion Film Festival has become a pioneering force in the international creative scene. In collaboration with a worldwide network of producers, partners and the public, the BFFF is constantly redefining the status quo of film-making, networking and other creative possibilities in the exciting field of film and lifestyle, creative culture and mainstream. At the annual two- day conference, more than 500 filmmakers and opinion leaders from advertising and lifestyle come together in order to get inspiration from and get involved in exciting talks, workshops and film screenings, or to discover new talents in creative speed dating. The best fashion films of the year, which were previously determined by a high- calibre jury, are honoured as part of a large award show. The Berlin Fashion Film Festival 2017 will take place in Berlin on June 8 and 9, 2017. Due to the enormous number of submissions, the application phase was extended until March 20th.

"Fashion films are the music video of our time," says BFFF founder Frank Funke. "Or something like the illegitimate child from music video, advertising and short film. The fashion film is allowed to test out, explore and push the boundaries, there are no rules regarding plot, length or stylistic means, "he continues. When he recognised the potential of fashion film as a playground and experimental field for creative film-making, the medium was still in it’s infancy stage. Above all, German brands had trouble thinking of and making use of the unknown possibilities for content creation outside of 30-second commercials. Frank Funke founded the Berlin Fashion Film Festival in 2012 with the aim of attracting more attention to the most exciting films about fashion and lifestyle and the makers behind it to develop more meaningful formats for networking. There are now over 40 fashion film festivals all over the world. The main focus of the BFFF is the strong focus on networking and the grasp of trends and personal expertise of the team in the film sector. 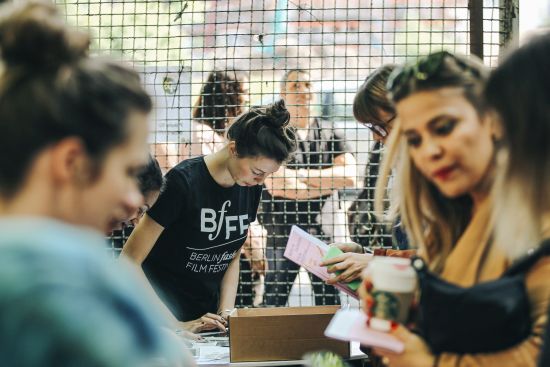 The BFFF curates a selection of "state-of-the-art film-making" and thus provides a focused view of the most exciting works and artists in the seemingly endless amount of content on the net. The multipart event format creates personal contacts between directors, production companies, agencies and brands and thus opportunities for cooperation. After five successful editions, the festival is a benchmark in the fashion film scene worldwide. The digital BFFF platform lists and links the most exciting makers, productions, talents and locations all year round and worldwide. At the end of 2016, the BFFF, with its new, like-minded partners and partners, re-launched an extended management team to bring the festival to the next level and to further strengthen the global platform of the BFFF.

In recent years, a total of 3,000 films have been submitted to the festival. This year, the organisers expect more than 800 films from all over the world, which is why the deadline has just been extended until 20 March 2017. A high-calibre jury then selects from all submissions the best and most groundbreaking films in a total of 21 categories. The contest films range from contributions from independent labels to international top brands such as Louis Vuitton, Chanel, Dior, H & M and Drykorn, and come from talented young directors or established figures including Wes Anderson films, Anton Corbijn, Mario Testino, Roman Coppola, Rankin, Peter Lindberg and many more. This year's jury includes Casting Director Rolf Scheider, Matthias Storath - Executive Creative Director at HEIMAT Berlin, Catherine Le Goff - Commissioning Editor at ARTE, Juul van Alphen - Senior Creative Producer of Stella McCartney, Götz Ulmer - Partner and Board member at Jung von Matt and many more. 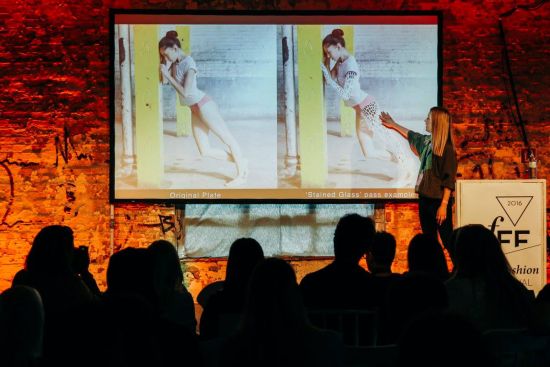 At a large award show at the BFFF 2017 conference, the awards will be presented in front of all participants. This year's conference, which is expected to host a total of around 500 guests, will feature exciting talks and top-notch keynotes, including networking possibilities such as "Creative Speed Dating", bringing together production companies and directors to work together and provoke a marketplace where both companies and filmmakers can present themselves. The Berlin Fashion Film Festival is concluded by a secret music or art performance. Such as the unforgettable show by Lady Gaga's hair stylist Charly Le Mindu in 2013 with stark naked, gold-painted and high-fashion models, or the performance by the Russian artist Andrey Bartenev in 2015.