Real families feature in the campaign from The&Partnership 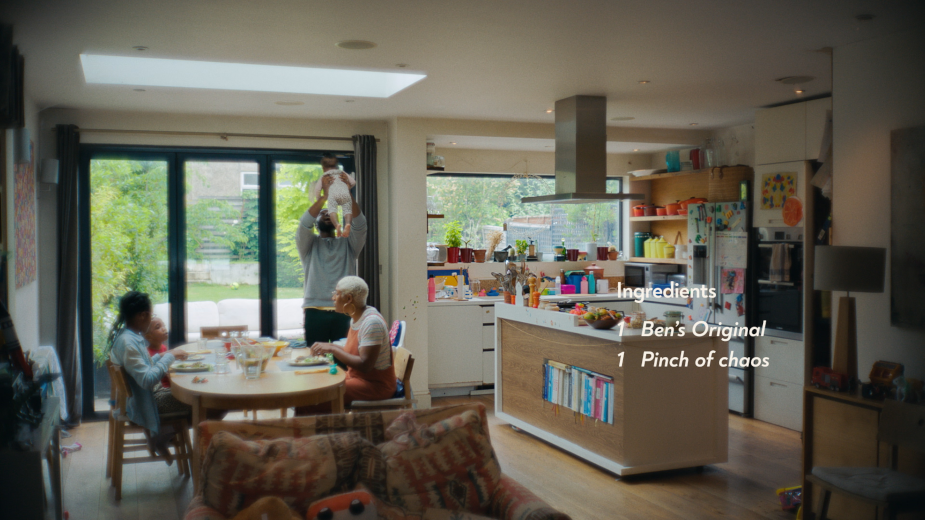 Today Mars Food introduced the first Ben’s Original marketing campaign in the UK – ‘Everyone’s Original.’ The new campaign is linked with the brand’s ongoing commitment to enhance inclusion and equity in service of its purpose to offer everyone a seat at the table.

“The inspiration for the new campaign came from the simplest of places – our brand name,” said Rafael Narvaez, global CMO and R&D Officer, Mars Food. “Original not only speaks to the quality of the world’s best rice brand, but also our vision of inclusivity that celebrates individuality. We are not defined by our age, gender, sexuality or race – what defines us are the personality traits and quirks that make us all unique. Because we’re individuals … we’re all original.”

The first adverts from the new campaign, called ‘We’re all original recipes,’ are designed to showcase the ‘ingredients’ that make us who we truly are. The adverts are based on a simple question – what if we gave different families the same ingredient – a pouch of Ben’s Original rice? The content shows the unique recipes, traditions and interactions that make each of the real families original.

The adverts feature a collection of six diverse and real households who gather around the table for their favourite meals featuring Ben’s Original long grain rice. These include a nuclear family, a pair of friends, three roommates, a single-parent family, a family who uses sign-language and a multi-generational family.

The fully integrated campaign, which was developed by The&Partnership, first aired in the United States before rolling out to the UK. The first adverts in the UK include two television ads, as well as digital, social and video-on-demand formats that will air on a variety of different platforms.

Andre Moreira, executive creative director at The&Partnership, said: “This Ben’s Original campaign is based on the simple, but strong belief that every meal, every family, every single one of us brings something different to the table. We all have an original story to tell. Because we’re all original recipes.”

Ben’s Original Continues to Take Action to Serve its Purpose

Since announcing the new brand name last September, the Ben’s Original brand has focused on taking action through community outreach programs around the world to ensure underserved communities have access to the nutritious meals we all deserve.

In the UK, the brand has an ongoing partnership with the Trussell Trust. In 2021 Ben’s Original, together with Dolmio, donated £100,000 to the Trussell Trust as part of an ongoing partnership to Stand Against Hunger in the UK and support its more than 1,300 food banks nationwide. As well as helping those who can’t afford it to put food on the table, food banks also offer compassion, advice and vital support to people struggling to afford the essentials.

Ben’s Original also donates meals to underserved communities through its partnership with His Food – the national food redistribution charity. Over the course of this year, Ben’s Original will donate at least three million meals to HisFood as well as Fareshare to help ensure nutritious food donations reach those who need it the most.

Sébastien Gelsomino, regional marketing director for Mars Food Europe, said: “Nobody deserves to go hungry. Through our strong partnerships, we are making sure that Ben’s Original is supporting underserved communities in the UK to help to build a better world tomorrow by helping to provide access to the healthy meals we all deserve. Coupled with our new marketing campaign in the UK – ‘Everyone’s Original’ – we will continue to deliver on the Ben’s Original's purpose to offer everyone a seat at the table.”

These steps are in addition to commitments from Mars, Incorporated, to continue to improve racial equity throughout our business, from increased representation in our workforce, leadership and talent pipeline, to better utilising our spend, specifically among our suppliers, to drive positive change.