Taylor was most recently President, Asia-Pacific for Jack Morton 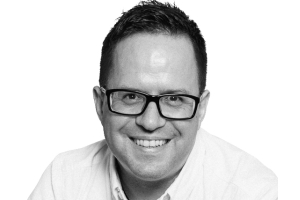 Taylor was most recently President, Asia-Pacific for Jack Morton, operating out of its Hong Kong office. In that role, Taylor oversaw offices in Hong Kong, China, Singapore, and Australia. Under his leadership, Jack Morton’s APAC operations grew significantly in both revenue and operating profit. He instigated and oversaw the openings of the Beijing office in 2006, Singapore in 2011, and Shanghai in 2012. Additionally Taylor has been a champion of growth and unified the offices across the region. Prior to joining Morton’s in 2005, Taylor was with Project’s experiential agency, George P. Johnson as Client Services Director.

“This is a significant hire for us,” said Robert G. Vallee Jr., Chairman & CEO of Project: WorldWide. “APAC is a high growth region for Project: WorldWide and we wanted somebody who could take us to the next level. Ben is a leader equipped to do just this. We have a number of great clients there and with Ben we have the opportunity to demonstrate how we can grow business for those clients by creating even richer engagement experiences and increased marketing ROI. We are thrilled to have him back in the Project fold.”

“I was initially attracted by Project's focus on innovation in the experiential space, as well as being a part of a highly skilled core team within a larger, collaborative network of agencies,” said Taylor. “Project is also an organization that fundamentally believes in the power of creativity, which is especially relevant in such a dynamic region as Asia Pacific. I’m excited to be joining a company with this as its core focus when there is such high-quality and driven people already in place.”

Taylor began his career in the events industry at a very young age and has been at the forefront of its evolution to brand experience. He sold his first event production company at the tender age of 19 before selling again to what is now The Concerto Group at only 25.