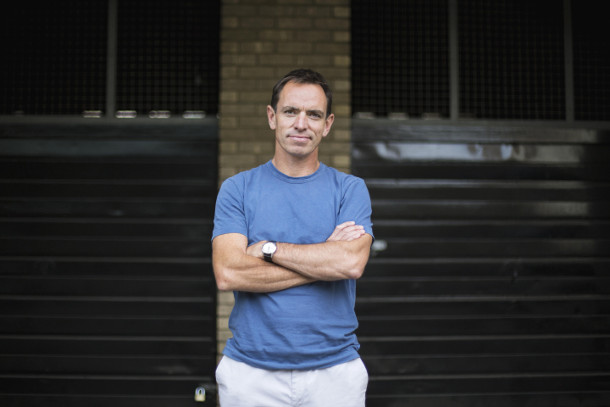 Ben Priest has resigned from adam&eveDDB, 10 years since co-founding the creative shop and after a total of 29 years in the industry. Not only is he quitting the agency, he says he’s completely leaving the advertising industry.

“This is something I’ve thought about for a long, long time,” says Ben. “And it’s nice to get it out in the open and share it with everyone.”

Ben is the second of adam&eve’s four founding partners to leave the agency. His departure follows that of Jon Forsyth, who bowed out shortly after the founders had completed their £100m earn out from Omnicom. James Murphy and David Golding remain as group CEO and chief strategy director respectively.

And while it’s an early retirement - he turns 50 on Thursday - Ben’s confident that the change is for good. “It’s been brilliant, but it’s very full-on,” he says. “If you want to do it, you want to do it well. It’s a lot of hard work and you miss out on certain things. I feel like I’m coming to the end of it.

“You need to be able to give it an absolute 110%. I don’t want to go out below that. I want to stop while I’m still doing that and walk away probably just wanting a little bit more, but happy. Like a good party - don’t out-stay the welcome, even if it’s tempting to stay half an hour more.”

Ben feels like he’s very much going out on a high. “I wanted to win the Campaign Agency of the Year. No one had ever won it four times on the trot. BBH had won it three times on the trot. And when we started they were the agency that were absolutely killing it. That’s the standard we set: You’ll only be really good if you can overtake them. I don’t think we really thought we would.” In 2017 they reached that goal and it felt, to him, like a signal of their general success. “It was bizarre, like everything is aligning and it feels like the agency’s in a great place. It just feels like the right moment.”

A big factor, he admits, is his confidence in the new management team that took over last year, comprised of CCO Richard Brim, Tammy Einav, Mat Goff and Alex Hesz. “We’ve got Goffy and Tammy and Alex and Rick now running this place day-to-day,” he says. “Rick’s done an amazing job. He’s learnt and then added some of his own extra on top. He makes me feel like I know I can walk away and there’s someone fabulous, doing a great job for the agency’s creative future.”

His priorities now will be very much outside of advertising. “I’ve got two young kids, two young stepkids and a wife, so lots of people to hang out with. That’s a big deal. We’re doing up a house in Cornwall. I do a bit of golf, a bit of fishing (very unfashionable - I have to try and keep that one a secret).”

Ben will be in the office until mid June, when his leave is up, so in the meantime is looking forward to maintaining the agency’s winning streak. “We’ve got some really good stuff coming up,” he says. “I’d like to get that out there and hang out with everyone here for a few months. It feels like a really nice way to end.”