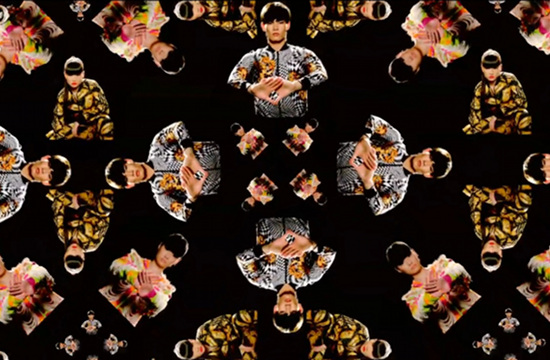 Ben Mor, who has directed the iconic music videos for some of the biggest names in music, including will.i.am and Britney Spears, Black Eyed Peas, and Katy Perry, brings his signature larger-than-life aesthetic to the fashion realm to preview the Fall/Winter 2013 collection from Scott’s ongoing partnership with the sportswear giant.

Featuring MNDR's "Sooner or Later" track, Mor leads us into a kaleidoscopic world of fluorescent colors, metallic materials and pixilated prints as models parade the bold designs against a black background.  The director isn't afraid to play with the images, duplicating and splicing the frames with the playful, high-energy spirit of Jeremy Scott’s latest creations.  With Ben Mor’s moving counterpart, viewers and fashion-lovers are shown the highly enjoyable side of sensory overload with a piece as attention-getting as the collection itself.

Music: "Sooner or Later" By MNDR