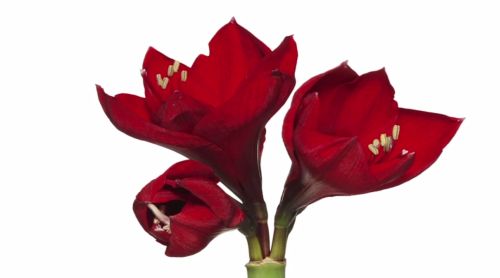 Chapeau FX’s Ben Looram has collaborated with Artist-Filmmaker-Photographer Andrew Zuckerman on an innovative project for Barneys New York. Premiering in the luxury retailer’s Madison Avenue windows earlier this month, in conjunction with the celebration and sponsorship of the “Dries Van Noten: Inspiration” exhibit at the Musée des Arts Décoratifs, which runs through August in Paris, the four original films by Zuckerman are entitled “Cycle,” “Emergence,” “Flight,” and “Variance.” The films establish uncommon fields of vision that amplify the transitory mechanics of change in nature, from flowers blooming and decaying to a butterfly emerging from a cocoon.

According to Zuckerman, choosing to work with Looram on this project for Barneys New York was an extension of their already-established creative relationship, but it was artistically driven. “When I approached Ben with the possibility of working with a completely open path should we choose to take it, I wanted him to be clear that there were no boards, no notes. We were available to explore this together, and I was so happy when he agreed,” explains Zuckerman. “Why I love to work with Ben is because he has an incredibly collaborative spirit. Ben thinks and operates on a highly creative level. When I explain my vision, he always comes back with suggestions about how the viewer would feel emotionally, which is very inspiring to me. While Ben masters all of the technical solutions easily, I believe his humor and charm really come through when you view the films.”

For Looram, after collaborating with Zuckerman on commercial projects over the past year, being able to work together on four original art films, and ones that would be displayed as an environmental installation, was an extraordinary opportunity. “When you look at these films, you probably have no idea that every single image is a visual effect,” says Looram. “All of Andrew’s footage was photographed meticulously in high resolution, some at high speed. We needed to approach each film creatively while matching that meticulous focus with our effects work.”

Chapeau’s Managing Director Karuna Venter points out, “To pull this off in the time we had, Ben had to assemble exactly the right team, which is something he excels at. This team, lead by Ben and our Lead Animator Dan Sumpter, has an incredible eye for detail, and they were able to skillfully handle some creative challenges – such as the last-minute challenge to make a beautiful animated sequence from still frames of a historic butterfly collection.”
She adds, “The juxtaposition of the final films with Dries Van Noten’s gorgeous clothes in the iconographic Barney’s window was better than we could have imagined. I hope this is the future of branded content, because the emotional impact and visual clarity was intense and immediate in person.” 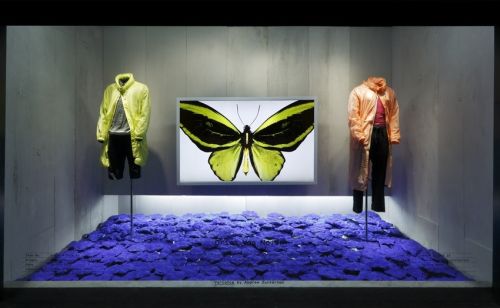 Another Director-driven project that Chapeau FX lent its artistry to, and which makes its worldwide debut this spring, is the independent feature film “Return to Zero.” Airing on the Lifetime Network on May 17th, the film stars Alfred Molina and Minnie Driver, and is based on a true story from Writer-Producer-Director Sean Hanish. “Return to Zero” is Hanish’s first feature film. “Ben and I have collaborated for nearly a decade now, and the reason that I, as a film and commercial Director, continue to go back to Ben is because he is a top-notch artist who is easy to work with and who brings a ton of creativity to the table,” explains Hanish. “Ben works with some of the biggest clients in the world on some of the biggest spots in the world, but you’d never know it by his calm and down-to-earth demeanor. It doesn’t matter the size of the project or the budget — we’ve worked together on both large and small — but the bottom line is Ben executes my vision and adds to it with his talent and masterful knowledge of the technological side of things. Ben will always be on the cutting-edge, which is why I’ll continue to collaborate with him as long as he’ll let me.”
Chapeau features a unique model for post: “We bring all aspects of post production in-house,” Venter explains, noting that Chapeau has been testing and expanding their mobile model since 2007. “When we do an in-house project, Chapeau’s world-class artists come into our clients’ facilities with the best equipment, most seamless workflows, and years of experience, delivering high-end work, wherever the work is needed.” 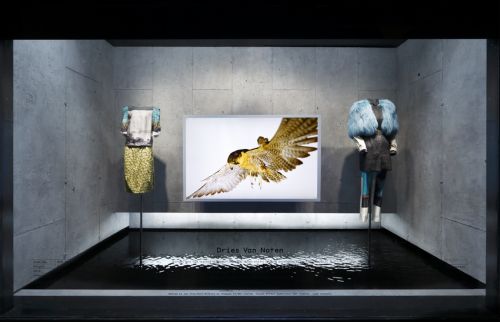 Clients such as Producer Karen Lavender of Orson/The Berrics are embracing this new working model. “We have worked with Chapeau on a number of projects where they have created VFX and provided color correction services,” says Lavender, who produces for Director Steve Berra. Berra and Looram have collaborated over the years on commercial projects for DC (Nyjah) and Skullcandy (Raining Hesh), as well as numerous spots for Target and Mountain Dew. “Ben and Karuna have always been very accommodating of our specific needs for our projects, produced top-quality work and delivered swiftly,” notes Lavender. “I value their personalized approach which defines them as a boutique facility, but also they have always taken the demands of each project easily in their stride and quickly turned things around no matter what the budget parameters and creative challenges have been on the project.”
Chapeau FX has also completed recent projects for Toyota, Samsung, L'Oreal, Katy Perry, Cindy Crawford, Champs, Vans, Fat Tire Beer, Sprint, and Boeing; as well as work on the feature film, “The Pursuit of Loneliness, which made its debut at the Sundance Film Festival. The company is currently at work on projects for several commercial clients
view more - Creative