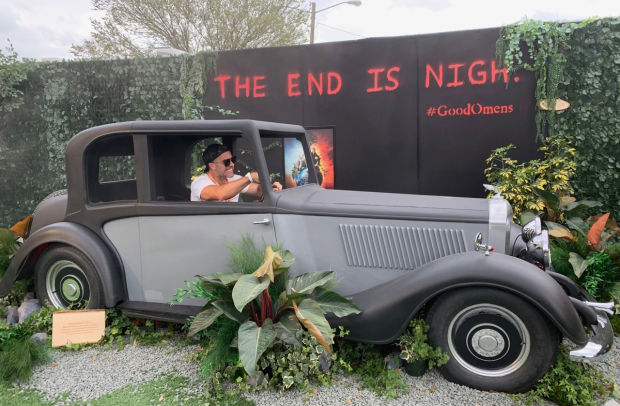 Each year, SXSW achieves what the very best creative campaigns do – it creates a world in which we can suspend belief and enter an immersive experience that’s mentally stimulating, educational, inspiring and very, very fun – often all at once.

Where else do movie stars, rock stars, Silicon Valley founders, venture capitalists, artists and everyone in-between converge as a melting pot representation of culture, creativity and technology? Where else would you see rapper and fashion icon, A$AP Rocky and Daimler AG chief design officer, Gorden Wagener share a stage to co-present on ‘Designing Differently’? Nowhere else but SXSW.

This year, a emphasis was on a brands ability to expand their ecosystem to include products, services while leveraging human centered design principles to bring the new touchpoints to life.

Marketers and advertisers are fast losing the ability to simply pay for attention – we need to work harder than ever to earn it. What quickly became apparent throughout the conference was that there is a collective shift in mindset and capability development to the creation of great products and services that people want to use. We’re sprinting towards this future at Clemenger BBDO as we expand our offering beyond communications.

Creativity and its role to solve human and business problems was acknowledged as being more important than ever before. It’s a given that SXSW showcases the world’s leading technology and software engineering companies. However, they are collectively acknowledging a lack of, and a need for, creativity within their businesses.

It was fantastic but also sobering to see Alibaba at SXSW. Alibaba is a fascinating and highly diversified company that has utilized and implemented technology into the core of its business and understands how to tap in to technology to enable creativity.

Alibaba and its subsidiary Ant Financial are leading AI development on a global scale, the efficiencies they have created as a result of AI are then passed directly back to the customer in the form of unique products and service. They then use creativity and technology to communicate their USP.

While Alibaba has thousands of employees dedicated to leveraging and harnessing the power of technology, we should be pragmatic about what can be achieved and limit technology implementations to a shorter deployment timeframe than what is currently standard practice.

One of the brilliant presentations that I attended was ‘The Future of Supermarkets and Retail’ delivered by Kerry Lieu from Rubiklout.AI. Kerry believes AI will be a retailer’s best ally in the bid to meet consumers’ increased expectations. He shared a pragmatic view of AI implementations and acknowledged that often solutions are oversold in terms of their impact and under estimated in terms of level of difficulty (this might sound familiar to anyone who has implemented a MarTech stack) however the tangible value in AI is when it is applied to a very specific goal and is deployed to solve real business and human problems.

The timeframe Lieu suggested for any retailer engaging in AI from planning to implementation should be no longer than 6 months. I think this is relevant to many of the marketing industry and not just limited to AI. I would suggest that if you’re implementing tech and not releasing anything in market for 6+ months, you are missing opportunities to see if what you are building is resonating with consumers and running the risk of your technology becoming obsolete prior to project completion.

The technology that we build for our companies should be repeatable and deployed in interesting ways that empower customers delivering positive business outcomes. I saw countless examples where the development or convergence of technologies created a new customer and commercial benefit that was incremental to the existing channel / platform mix.

The events and activations at SXSW are a wonderful lesson in creating touchpoints and consumer engagement beyond standard communication channels. The beauty of each touchpoint is that each builds upon the last, the plot thickens and the user becomes more immersed in the fiction. This year, the Good Omens activation was a multi-faceted experience that simultaneously built awareness for the new Amazon Prime series, showcasing the storyline through elaborate and engaging experiences that represented the plot line brilliantly. HBO in an inspired partnership with The Red Cross created ‘Bleed for the Throne’ simultaneously promoting the final season of GOT – like it needed promoting – and driving blood donations (which do need promoting). At the time of the event, the Red Cross had received a 40% increase in new donor appointments nationally since the activation announcement. Now that’s creative effectiveness!

Once again, I come away from SXSW feeling lucky to have been able to go, also like I’ve spent a week in a tumble-dryer of inspiration. I remain excited by the potential of our industry, our success and relevance in a post AI / AR / VR / IOT (and any other acronym) world – our relevance and success depend on our ability to expand our aperture beyond comms, harness technology, and continue to create with a sense of curiosity and collaboration.