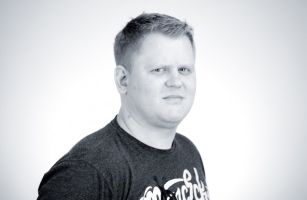 As Executive Producer/Director of Development at Furlined, Davies will collaborate on projects across all platforms, working closely with Furlined’s directors and bringing added value to its clients.

“I am thrilled to get to work alongside Furlined’s exceptionally talented directors. The opportunity to partner with, and build a team around them to bring their visions to life is truly exciting,” Davies says. “Furlined’s culture, values and creative sensibilities match my own and I look forward to being part of the continued growth and development of new creative opportunities for the team.”

In his fourteen years at BBH, Davies worked on some of the industry’s most iconic campaigns for brands like Audi, Levi’s, Vodafone, and Johnny Walker. As Head of Broadcast Production at Droga5, Davies helped bring award-winning work to life for the likes of Under Armour, Hennessy, Toyota, Newcastle Brown Ale, Honey Maid, Chobani and Spotify, among others.

Through his work with these two top creative agencies, Davies gained recognition for his international industry expertise. Davies is currently serving as a Film Craft jury member at the 2016 Cannes Lions International Festival of Creativity and has also been a valued speaker at the Ciclope Festival in Berlin.

Davies joins Furlined at a particularly pivotal point for the industry and the company.

That spirit of innovation is being tested like never before. “What I see is an industry-wide blending of the creative services spectrum,” remarked Furlined’s Founder and President, Diane McArter. “Production companies in particular are expected to possess a wider set of capabilities and more nimble processes for developing and delivering work to clients. Multi-platform storytelling, entertainment-style content, and a sustained dedication to craft—these are skills we continue to foster and Ben is the ideal candidate to help lead that charge.”