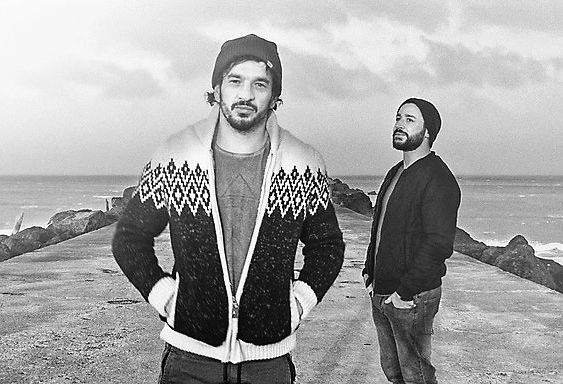 The directing duo of Michel and Nico Arribehaute, who work under the name Michel+Nico, have joined Believe Media as their first venture into commercial representation outside their native France (where they are represented by Bandit.)

“The Honest Player,” a short film for Gillette and Grey London featuring international rugby star George North, broke at the end of January to a flurry of press attention in the UK. It was followed just two days later by the release of a three-minute web film produced directly for Mercedes starring a big wave surfer. Both feature the hallmarks of a classic Michel+Nico production: storytelling with documentary content, accompanied by stunningly composed visuals. To view their work, click here.

“To have two such strong pieces to launch them with, this is like a total eclipse, and that rarely happens,” says James Covill, Executive Producer of Believe’s London office, which produced the Gillette spot. “I just love their life stories, and they possess an energy and passion that is rarely seen,” he adds.

The brothers are notable for more than their directing talent. Both are former rugby players themselves. Michel also is a former social worker and Nico an architect – unique backgrounds for any commercial director. Their directing journey began just three years ago, when they taught themselves to film and edit short films and documentaries. They went on to work for such clients as Orange TV, Red Bull TV, Eurosport and several professional sports clubs, which has made up their reel until now.

“There is no more organic way of learning the language of film than our journey,” says Michel about their experience. “We were these guys with cameras in our hands, always in search of creativity. It took us a while before we realised that we really were directors.”

The duo joins a Believe roster long known for its standout work in commercials and music videos. Michel+Nico are the newest addition to Believe’s cadre of storytelling directors such as Bruno Aveillan, Floria Sigismondi and Zack Snyder.

“Michel+Nico have exploded on the scene in their own humble way,” says Believe Co-Founder Luke Thornton. “It’s an honour for us to play a part in growing their directing careers here in the US as well as in the UK.”