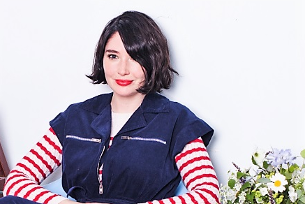 Believe Media has signed Kathryn Ferguson, the resident film director at London department store Selfridges and a renown curator in the emerging genre of fashion film. Ferguson, who remains in her position at Selfridges, will be represented by Believe exclusively in the United States.

“Kathryn is a very special signing for us because her deep interest in women as individuals, complemented by her understanding of both fashion and feminism, combine to create work that really makes an impact visually and emotionally,” said Believe Executive Producer/Co-Founder Liz Silver.

Ferguson’s films for Selfridges feature little of the expected. Her diverse casting and groundbreaking representations of women have earned her credibility as a leading voice in modern fashion. Uniquely accomplished and complex, her women--both unknown and notable--tell real stories and discuss real issues. To view Ferguson’s reel, click here.

“I’ve been a huge fan of Believe for years and was very inspired by their roster, which features some of my favorite female directors,” explained Ferguson. “I’m super excited to join the team, and look forward to new opportunities working within the US.”

In addition to her work as a director, Ferguson is a fashion film research fellow at London College of Fashion, as well as a visiting practitioner at Central Saint Martins College of Art & Design and the Royal College of Art. Her work with the British Fashion Council led to the creation of a new film festival called Fash/on Film that takes place during London Fashion Week. In October 2012 Ferguson curated an extensive fashion film exhibition called “Dressing the Screen” that opened at the UCCA in Beijing and then traveled on to the ISAS in Singapore.

Beyond her work with Selfridges Ferguson has made many short films and commercials for international brands (Air France, Dove, Nike, Sony,) fashion designers (Chloe), and other notable artists such as Lady Gaga, architect Zaha Hadid, designers Stella McCartney and Bella Freud, trans activist Charlie Craggs, and actor Emma Watson. Her films have been screened globally at film festivals around the world and on platforms such as MTV, Dazed Digital, Nowness, Twin, the BBC, and Vogue Video.

She joins Believe on the heels of the company signing fashion photographer/director Paolo Kudacki, becoming the latest addition to the company’s substantial and diverse roster of women filmmakers.