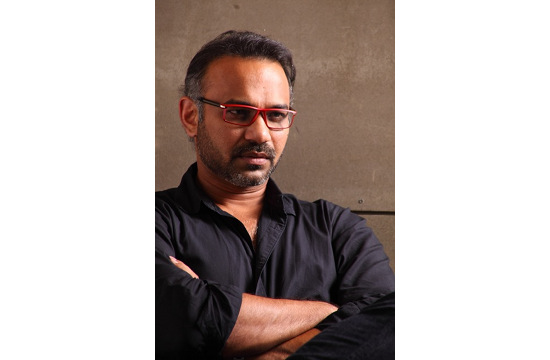 Believe Media is pleased to announce the signing of internationally renowned director Abhinay Deo for commercial representation.  Abhinay Deo is an award-winning filmmaker whose pioneering work in advertising, film and television has made him one of the most influential artists leading the evolution of Indian media today.  With the signing comes the news of a strategic partnership between Believe and Abhinay’s own India-based production company, RDP.

With a talent for evoking powerful performances and crafting stylized visuals, Abhinay Deo creates seemingly simple yet layered films that invite multiple viewings.  Abhinay is known for pushing the envelope with an artful mix of realistic storytelling and vivid imagery, while skillfully using music as effectively as silences - making for captivating work that plays with the dance between audio and visual.

Born and raised in Bombay, India, Abhinay started on the path to film 20 years ago as the in-house director for Ogilvy and Mather India prior to founding RDP in 2000.  Today Abhinay has over 450 spots to his credit, including well-known ads for Nike, Tata Safari, The Times of India, and the soul-stirring Mumbai Mirror Newspaper campaign, which earned Abhinay the 2012 Cannes Gold Lion for Direction.  The standout spot, “I am Mumbai,” documents four real citizens as they boldly and publicly vocalize personal accounts of headlines broken in the Mumbai Mirror.  With voices personified by anger and courage, the film amplifies the powerful unheard stories of Mumbaikars that the paper brings to its readers.

Adding to the list of accolades is the 2013 Clio, Bronze Lion, and 6 Spikes Asia Awards for Abhinay’s passion-infused Nike campaign out of JWT India.  In the spot “Parallel Journeys,” Abhinay intersperses footage of the daily rituals of the world’s top cricketers with glimpses into the lives of young athletes relentlessly pursuing that level of greatness all across cricket-obsessed India.

Abhinay is honoured to join Believe Media, a company whose legacy of charting new frontiers mirrors that of his own career.  He notes, “From all that I know and have followed of Believe Media, we have this in common – the urge to keep pushing the envelope.”

With the signing comes a strategic tie-up between Believe and RDP in India.  Of the partnership, RDP’s Producer Apurba Sengupta says, “Apart from joining hands with one of the top production houses in the world, we too believe in their vision of creative being paramount.  We’re elated that our leading director Abhinay Deo will be represented by Believe internationally and that we will get to represent their roster in India.  We look forward to an extremely exciting and creatively fulfilling collaboration ahead.”

Believe founder/EP Luke Thornton echoes the sentiment, remarking, “Believe is thrilled to represent a preeminent filmmaker such as Abhinay Deo and to join forces with India in this ever-expanding market, especially with a partner as established and creatively daring as RDP."