The acclaimed documentary, produced for ARTE in France, tells the story of artist Auguste Rodin’s life through his monumental work, “The Gates of Hell.” 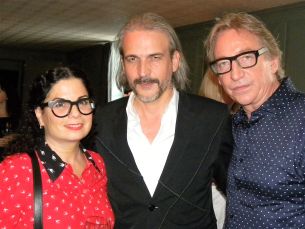 Believe Media director Bruno Aveillan was in New York recently for the first US screening of his acclaimed documentary, “Divino # Inferno.” The sixty-minute film, which took the director nine months to create, was produced to mark the 100th anniversary of this seminal artist’s death in 1917. Commissioned by the European cultural TV channel ARTE (www.arte.tv), the film has been produced in French, English and German versions and is currently being marketed to a global audience through its European producers.

To view the official trailer for “Divino # Inferno,” go to https://youtu.be/qbNCO7JR4j4.

Believe Media (www.believemedia.com), which represents Aveillan in the US, hosted the event at SoHo House before an invitation-only audience of brand executives and ad agency creatives and producers. In a short talk before the screening, Aveillan (pictured here with Believe Media Partners and EPs Liz Silver and Luke Thornton), said he was given carte blanche when it came to telling the story of Rodin’s life, and was drawn to “The Gates of Hell” as both art and metaphor.

Inspired by Dante Alighieri’s “Divine Comedy,” Rodin’s majestic sculptural piece was commissioned in 1880. “This is one of the most legendary and iconic pieces in the history of art,” Aveillan noted. “Rodin worked on it for 30 years, and it was never finished. It consumed all of his vision and became like an experimental lab. It conveys many of the aspects of his personal life, too.”

Aveillan recounted how he told the executives at ARTE not to expect a traditional documentary. “Rodin is essentially the father of modern art,” he noted. “And so the film I wanted to make would be one that reflected a very intimate and sensual approach.”

To bring this story to the screen Aveillan used a combination of never-before-seen footage pieced together from archival photographs, sumptuous shots of the sculpture itself, and dramatic recreations of “living art.” Many of the latter were filmed in the artist’s home and studio, which Aveillan said lent the project a greater sense of authenticity. Nude dancers caked in dried clay, appearing as statues come to life, punctuate many of the scenes as they act out emotions and desires that deeply affected Rodin during the years leading up to and during his work on “The Gates of Hell.”  It was during these years that some of Rodin’s most recognized achievements, such as “The Thinker” and “The Kiss,” were created and eventually integrated into “The Gates of Hell.”

The film debuted in March at the Reunion des Musees Nationaux – Grand Palais in Paris as part of its national Rodin exhibition. A recent review in the Italian edition of Vogue describes this film as “an intense and emotional documentary which reveals the secrets, story and journey behind this unfinished sculptural group.”

The film is narrated by the artist and photographer Zoé Balthus and was written by Aveillan, Balthus, and the art historian and critic Stéphan Levy-Kuentz. It was produced by documentary company Les Bons Clients and by Quad Productions in Paris. 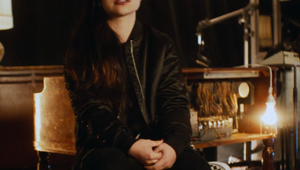 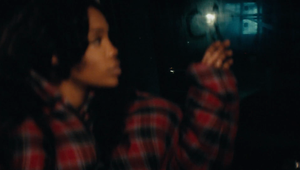