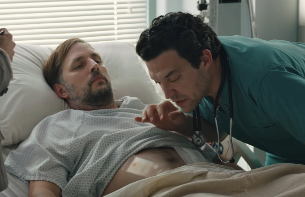 SNICKERS has launched the latest advertising in its ongoing “You’re Not You When You’re Hungry” campaign.  The new work follows the ad that aired during this year’s Super Bowl featuring Adam Driver.

Created by BBDO New York, these latest iterations stem from the same universal insight – people exhibit out-of-character traits when hungry – but take the campaign in a new direction. The spots demonstrate how people’s behaviour can be adversely affected by hunger; for example, showing how a surgeon might not be at his best, or a teleprompter operator might doze off on the job.

You can view the two spots below:

“Recovery Room” debuts next week; “The News” is scheduled to launch later in the year.