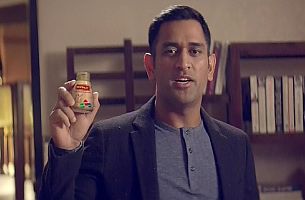 Revital H is one of the top 10 brands in the vitamin & dietary supplement category and enjoys great popularity and loyalty amongst its consumers. As part of the brand’s future growth plan, it has unveiled a new campaign featuring youth heartthrob and captain of the Indian cricket team Mahendra Singh Dhoni.

For Revital H’s next leap, it was imperative to further enhance its relevance and be seen as a partner in good health offering not just physical energy but also mental agility. The need was for a persuasive and well differentiated messaging delivered through a brand endorser who strongly personifies both physical fitness and mental alertness. With that intention, the most successful Indian cricket captain MS Dhoni was roped in as Revital H’s brand ambassador.

The integrated campaign, created by Lowe Lintas Delhi rests on the powerful and intrinsically Indian insight that often success is attributed to luck thereby diluting all the effort that goes behind the achievement. The campaign vividly attempts to correct this misnomer and pave way for the brand as a partner of success while embodying hard work and mental alertness. Dhoni resoundingly captures and brings alive this brand idea by pulling out a day in his life to a person who’s ascribing his success to luck.

Commenting on the new campaign, Naveen Gaur, President, Lowe Lintas Delhi said, “The challenge for the agency was to take a really popular leader brand like Revital H to the next level of growth by creating a highly persuasive campaign. In its attempt to become a fast-evolving, achiever society there is a huge stress that’s laid on professional and personal success among individuals. The campaign attempts to position Revital H as a partner of success.”

Sharing his thoughts on the campaign approach, Arun Iyer, Chief Creative Officer, Lowe Lintas said, “The campaign stems from the interesting insight that many times the success achieved by others is ascribed to their luck and all the effort that goes behind gets diluted. We took a leap on this insight and created communication that most Indians would resonate with.”

Adding his insight on the new campaign, Subodh Marwah, VP & Head, Sun Pharma Consumer Health Care said, “The goal now is to expand our reach and induce higher trials and we plan to do it in a way that will be well received by the consumers. In Mahendra Singh Dhoni, we have found a perfect ambassador who is not only a physically fit athlete but also boasts of extreme mental agility – attributes that define Revital H at its core.”

The campaign will go on air during the T20 Cricket World Cup and will span the offline and online mediums for maximum reach.

video
Being fit comes naturally for MSD, in his latest campaign for Revital H 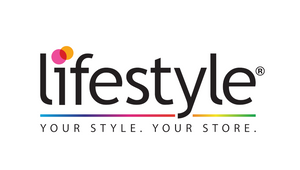 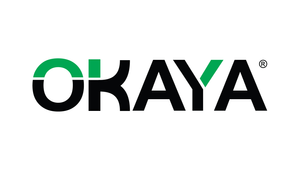 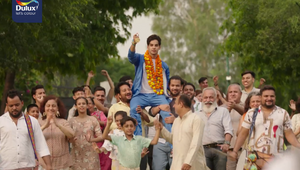 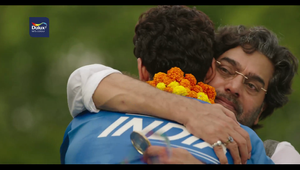