Behind the Work 233 Add to collection 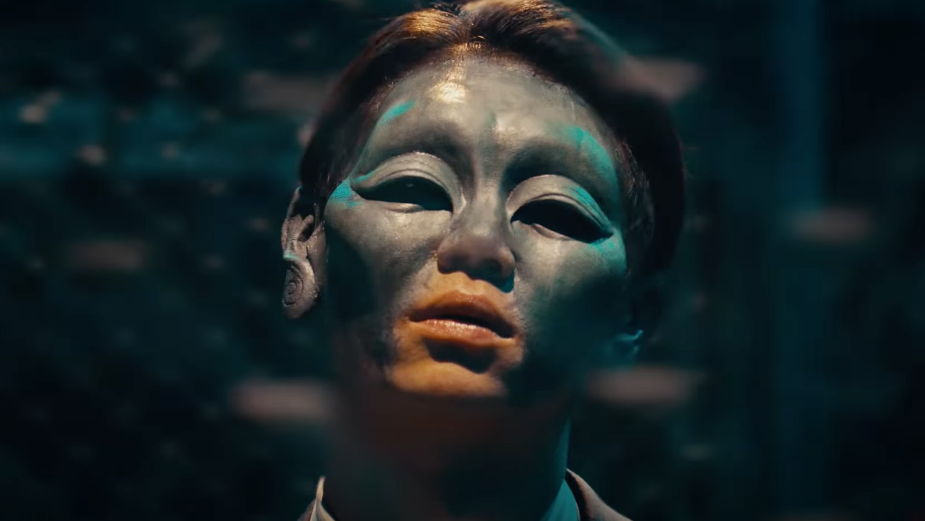 AOI Pro. Inc. collaborated with TREE Digital Studio Inc. and Hibino to create the new music video for the song ‘Naki Jizo’ from the artist Vaundy. The three companies collaborated to create the film using in-camera VFX virtual production technology using high-definition LED displays. In recent productions, in-camera VFX has proven to be one filming method that served as a solution to the COVID-19 related hurdles for filmmakers. Not only does this method of filming allow crews to avoid travel, but it also removes any issues that come with green screen shooting, that require long editing times and are not as immersive.

Vaundy’s style is impeccably represented by the fast-paced nature of the video set in what seems to be an abandoned line of the Tokyo Metro. With incredible make-up, as well as choreography, the audiences are taken on a thrilling trip that combines horror, action and some really cool visuals.

Global production manager Masahiro Oyamada took LBB’s Zoe Antonov behind the scenes of this project to give her an in-depth look at the in-camera VFX and its benefits as well as the challenges that the production overcame.

LBB> What was the brief for this music video and how did the ideas behind it come about?

Masahiro> While having the inspiration from the song as a base, we tried to create a never-before-seen video using the in-camera VFX technology by repeatedly testing and refining the plan.

LBB> You have employed in-camera VFX virtual production technology for the making of the video. Tell me more about how in-camera VFX works and how does it change the production process of a project?

Masahiro> In-camera VFX technology made it possible to shoot multiple scenes in one studio. It also allowed us to try out situations and lightings that would normally be difficult to achieve. What differed greatly from the regular process is that we had to complete the VFX before the shoot.

LBB> What were the biggest challenges you faced during the production of the music video?

Masahiro> It was challenging to figure out how to best make use of the technology to make the video as interesting as possible. It was also necessary to repeatedly discuss with the staff members what angles to shoot the video due to the limited size of the LED.

LBB> And what about the most fun parts of production?

Masahiro> Even though it was a lot of work, it was exciting to make new discoveries with every new test shoot. It was also a real pleasure to communicate with the shooting staff and the CG production staff more than usual and prepare for the shoot together with respect to each other’s work.

LBB> There are some incredible transformations happening during the video! Tell me more about the make-up on set and the ideas behind it.

Masahiro> The sequence where our hero jumps out of the train onto the platform was filmed by placing train door props in the foreground and setting up the LED panels in the background. I believe that we were able to successfully merge the real and the virtual world. Furthermore, in the scenes after 1:22, we intentionally used a wired fence which is usually difficult to rotoscope. Due to the intense transitions of the scenes, glitches where caused, but it was the director's idea to incorporate them into the video.

LBB> How long did the production of the campaign take from start to finish?

Masahiro> It took about half a year from the start of the project to the end overall, but since the project was suspended for a while due to COVID-19 and various other reasons, the actual process took approximately 3 to 4 months.

LBB> What is the post-production process like when it comes to in-camera VFX?

Masahiro> Since there was no need for us to composite the VFX background, which we normally do when using green screen, we were able to save a lot of time during the online editing process.

Masahiro> Once the entire film industry fully acquires the knowledge and the development of studios catches up to a standard, indeed the time will come in the near future when the use of virtual production in advertising will become the norm. I hope that the boundary between pre-production and post-production will become less clear which will allow all crew members to communicate more flexibly with each other on the end result.