Behind the Work: The Newspaper That Turns Into a Tree

Behind the Work 261 Add to collection

The creative team at Havas Middle East spoke to LBB’s Zoe Antonov about creating The National Ghaf paper, the UAE’s sustainable efforts and the significance of the Ghaf tree 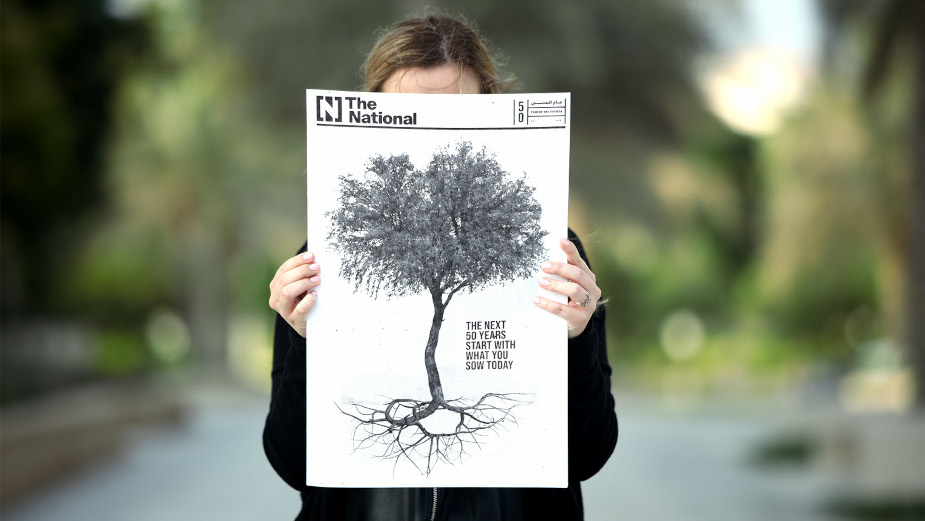 With the upcoming 50th anniversary of the founding of the United Arab Emirates, the country, in parallel with joint world efforts, is pushing more and more towards sustainability. The National newspaper teamed up with Havas Middle East to conceptualise and print the country’s very first ‘plantable’ paper, coining the hashtag #TheNationalGhafPaper.

The Ghaf happens to be the UAE’s national tree, which the late Sheikh Zayed Bin Sultan al Nahyan planted in the 70s to ‘greenify’ the desert, so it has a long-standing sentiment with Emiratis. Standing tall, even in times of drought, the Ghaff tree is known for its resilience despite tough climate conditions and is greatly cherished by the nation. Launched on the 2nd of December, for this year’s National Day edition, the newspaper is made entirely of seed paper, vegetable oil and Ghaf tree seeds, making it completely biodegradable and plantable.

The aim of the paper’s reinvention is for it to be planted on UAE land and eventually grow into a Ghaf tree, that can live and grow for the next 50 years. It not only has immense historical significance, but can also be seen as a metaphor for prosperity, resilience and faith, reminding people that the UAE is still following the footsteps of the nation’s father’s great vision. 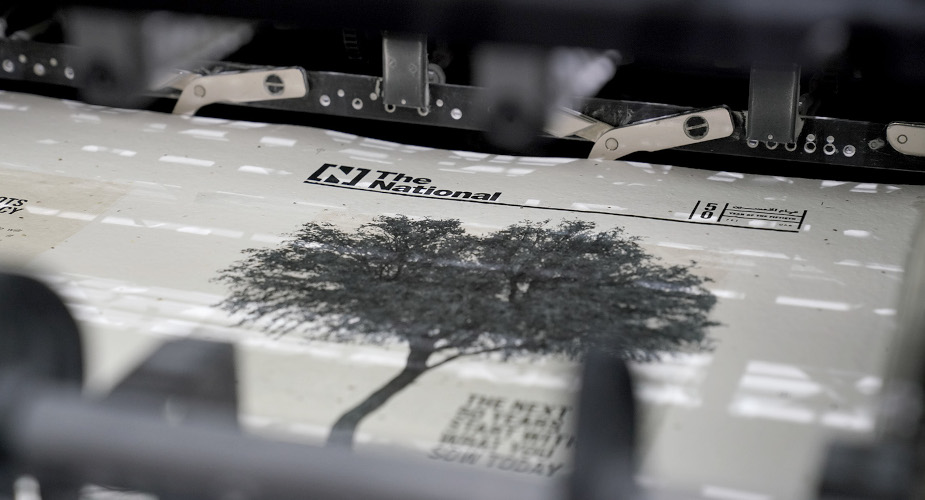 LBB> What was the brief for this project and what were the initial conversations surrounding it?

Havas Middle East> National day is a perennial brief that most brands across the UAE aim to activate, and rightly so in celebration of the country’s milestones. This year was an even more special occasion with the UAE reaching its 50th golden jubilee.

The National is a regional journalistic powerhouse born in the UAE. The ambition for this project was to create a memorable campaign worthy of headlines itself.

We approached the brief not as a seasonal brand campaign, but as a cultural brand act that would leave behind a story for the years to come. This led us to explore in more depth the journey of the nation from its very beginnings until the present day.

One story that captured our attention was an initiative started in the early ’70s called ‘Greening the Desert’ initiated by the HH the late Sheikh Zayed, where hundreds of Ghaf trees were planted as a symbol of the nation’s resilience and strength.

LBB> What was the process of making the newspaper like?

Havas Middle East> We began identifying what could make the 50th jubilee significantly unique and engaging for the readers of The National and convey national pride.  We had to get inventive quickly. Firstly, we needed to check and test with agricultural specialists about the guaranteed steps in order to get the right materials and make sure printing wouldn’t be an issue.

We kept the design simple and went over the key ingredients needed to turn a newspaper to bloom into a Ghaf tree using vegetable oil for printing and plantable paper fitted with Ghaf seeds. A few tests were conducted before the final product was ready to dispatch to the readers of The National. 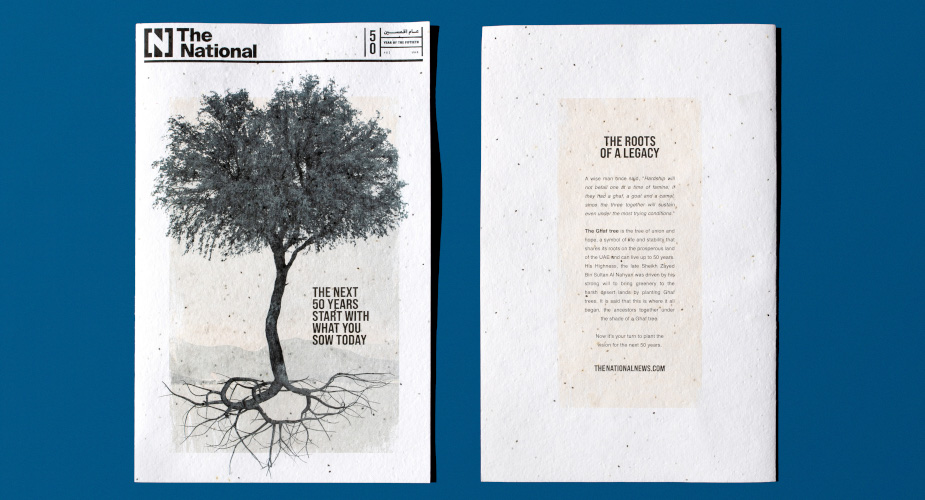 LBB> What is the significance of the Ghaf tree?

Havas Middle East> The ‘Ghaf tree’ has been adopted as the national tree of the UAE due to its strong resilience in harsh desert climates. And has become a historic and cultural symbol that represents the land. You may call it ‘The first-ever gas station’ for weary desert travellers to stop and rest in the shade and nourish their camels and horses.

LBB> How many of the papers have been printed and how can audiences get one?

Havas Middle East> 120 were printed for the occasion, 50 of which were made available to the public on The National’s social media pages.

On UAE National Day, readers were invited to share with us their stories of how the UAE helped them grow and achieve their dreams for a chance to win their own plantable Ghaf paper from The National. We received a huge number of deeply thoughtful and emotional responses and a very high engagement rate.

We then sent the rest to sustainability and culture thought leaders, inviting them to sow the seeds of the next 50 years, even attracting the attention of Her Excellency Noura bint Mohammed Al Kaabi, Minister of Culture and Youth on social media who shared our story with the nation.

LBB> What were the main messages you aimed to convey through the project to the UAE public?

Havas Middle East> Our key message was centred around sowing the seeds for the next 50 years of growth and prosperity using the National Ghaf Edition as the UAE’s first-ever plantable newspaper to tell the story of the ‘Ghaf tree’. When planted, it eventually becomes a fully grown Ghaf tree that follows in the forefather's vision of a greener United Arab Emirates.

LBB> How long did the development of this project take from start to finish?

Havas Middle East> Different disciplines across the Havas village were working simultaneously together to turn the idea into a reality, The client was with us every step of the way as well in terms of process and comradeship, playing a major role in the process.

After approvals, we moved directly into a full campaign rollout plan, working closely with our production manager who was able to source the materials fast and brought us closer to achieving the impossible.

LBB> What were the most challenging parts of the project? How about the most rewarding?

Havas Middle East> Timelines were challenging as the project went into execution just one week before the actual live date. Dispatching was also logistically tedious as we needed to get the editions delivered during a national holiday, but as soon as people picked up their morning paper, they were in for a surprise, and that makes us feel great.

LBB> Are there plans in the future to keep using plantable paper?

Havas Middle East> We hope to consider it as a start. Seed paper can replace millions of tons of paper and packaging waste that’s not collected or recycled in the world. Only about 8% of paper is recycled!

So yes using plantable paper might be the way forward soon, but for the time being there are challenges from where this kind of paper can be sourced, the cost of the printing process for it to become a mass production. But we say keep an eye out, you will never know how things will evolve!

Havas Middle East> It’s our responsibility to keep the conversation going on environmental well-being and take serious action on climate change. This part of the world will be the first to suffer drastically if something isn’t done immediately. We will continue to use curiosity and innovative thinking to fight the good fight and influence change for a greener world.