Behind the Screen with Finnerty Steeves on Making 'Before/During/After' 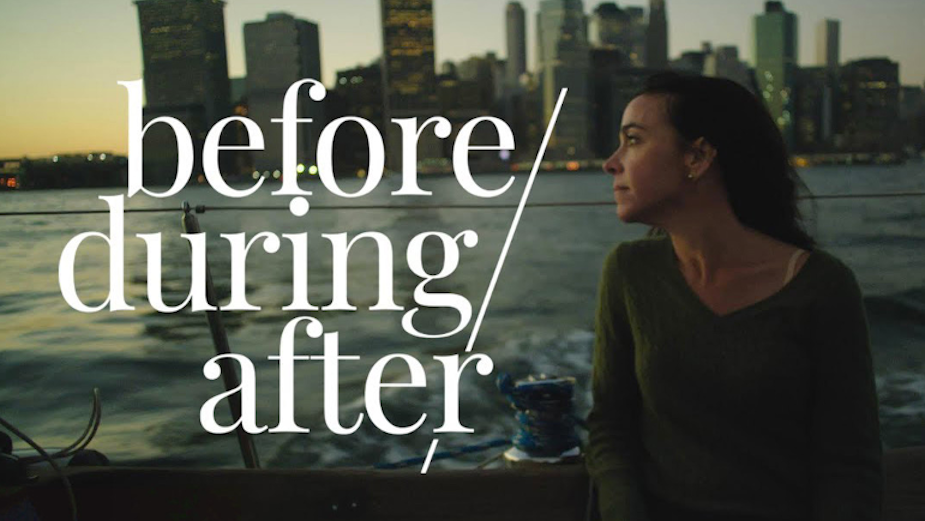 While many people dream of assembling a Who's Who list of premier talents to help them tell their personal story on the big screen, highly accomplished actor turned screenwriter and producer Finnerty Steeves ('Orange is the New Black') has brilliantly brought this widely cherished dream to Technicolor reality. On the heels of a very successful 2020 film festival tour, Gravitas Ventures, a Red Arrow Studios company, is now set to release Steeves' independent dramedy feature throughout North America on demand on 9th February. Co-directed by Stephen Kunken and Jack Lewars, 'Before/During/After' is now on pre-sale via Apple TV.

After discovering her husband's infidelity and ending their 15-year marriage in real life, Finnerty eventually found herself in a Screenwriting class at New York University (NYU). "At the time when my world was tipped sideways, I was aware that some of the things that were happening around me were really funny," Finnerty began. "I was too hurt to laugh at the time, but I remember thinking that if this wasn't happening to me, it would be really funny… and that maybe, in time, I could write about it."

Through her coursework, piece-by-piece, Finnerty shared her story with instructor and screenwriter Jason Greiff ('The Godparents'), with little sense of how it all fit together. "With Jason's encouragement, I decided to tell the story in non-linear form, hoping it would reflect what it felt like when my marriage came to an end," she continued. "I think going through a divorce or any kind of major life change can really shake you to your core. ‘Who am I now? Can I move forward? Will I ever be okay?' I aimed to keep the viewer intrigued and discombobulated, echoing lead character Jennie's journey and transformation."

The trailer, currently available in North America, is available to watch here. 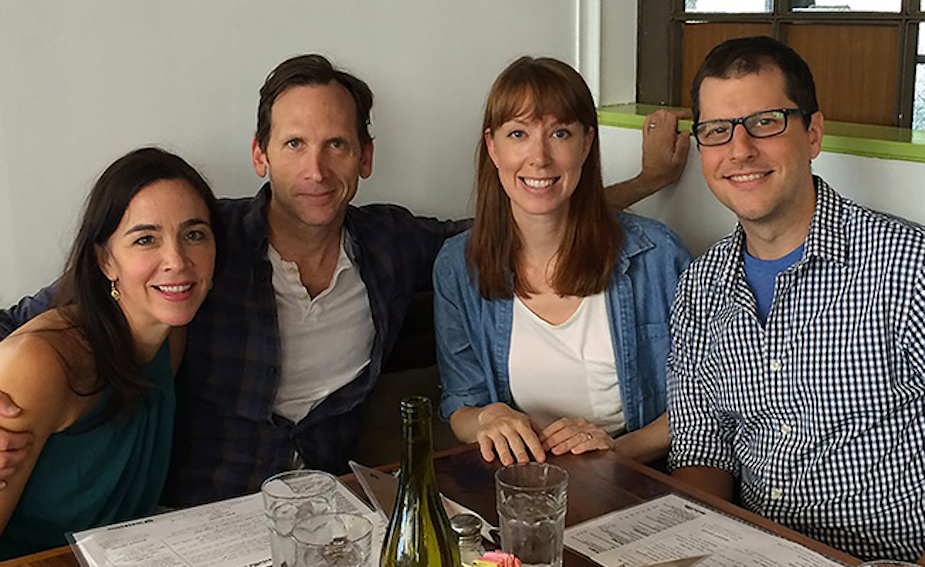 A co-production of Marsha's Daughter Productions, Indie City Films and Cutters Studios, 'Before/During/After' was produced by Steeves in tandem with Katie Hyde (who starred in and produced Lewars' debut feature, 'Mount Joy'), with Elena Berger, Jamie Zelermyer and Elizabeth Krajewski as Executive Producers. It was cast by Amy Christopher, with production and costumes designed by Kimberly Matela. 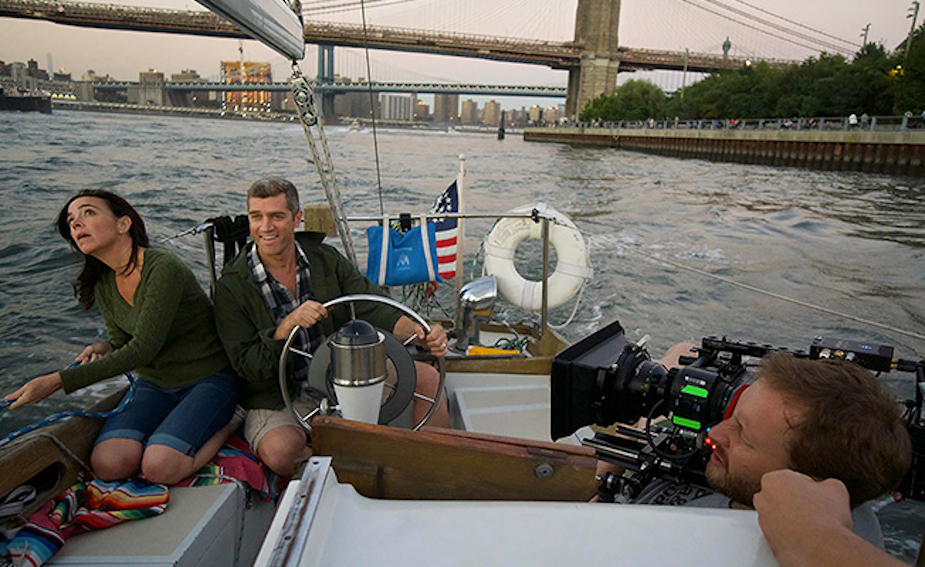 Underscoring dozens of blessings reflected in her finished film, on the subject of Cutters Studios going all-in, Steeves is ecstatic. "The title for this article could easily be, Commercial Production Powerhouse Cutters Studios Teams Up with First-Time Filmmaker," she proclaimed. "With credits that include #LikeAGirl, the hilarious Bill Murray Jeep commercial that won last year's Super Bowl, and so many others, it's no surprise so many people want to know how I got Cutters Studios behind my feature."

By her account, the answer starts with Cutters Studios president, Craig Duncan – her 'old buddy' for more than 20 years. "Because we were shooting a non-linear story, I knew having the right editor would make or break the film. A few months before shooting, I reached out to Craig."

With full support from his colleagues including CEO Tim McGuire, Duncan shared the script with Krajewski, who is the EP for Cutters Studios in New York. At a subsequent meeting with Steeves, Krajewski sealed the deal. "After reading the script and sensing Finnerty's contagious drive, we were all-in," she said. "As a first-time filmmaker, Finnerty pulled many of us into experiences we've never had before – everyone totally invested to make it happen, and it did."

Beginning with Steeves, Hyde and the directors in mid-2018, Krajewski and the film's post producer, Stephanie Rose, commenced coordinating an extraordinary workflow, involving much of the Cutters Studios network. In NYC, staff talents Scott Gibney and Peter Zachwieja teamed up as the film's co-editors. Titles and VFX came courtesy of Flavor, while credit for finishing and the digital intermediate goes to Technicolor's PostWorks, where Lewars was the supervising colourist. Post-audio was led by Another Country's supervising sound editor and re-recording mixer, Erik Widmark, based in Chicago. 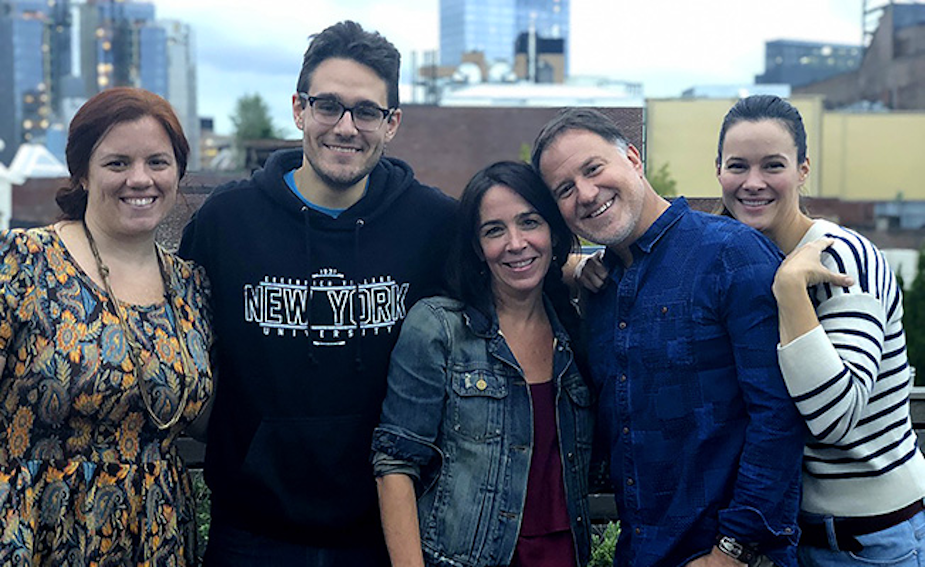 "Having done my fair share of commercials as an actor, I simply could not believe I had the support of Cutters behind me," Steeves beamed. "Separate from their talent and insane work ethic, it is the most incredible group of humans. It made me so happy to show up there and get work done on the film."

Steeves' instinctive focus on the critical importance of editing proved essential. "Scott Gibney is the person who helped us find our story," she said. "Because this is ultimately a memory piece, we had to be truly honest in exploring the emotional linearity of the film. It was a puzzle that needed a strong editor to maximise its impact."

Co-editor Zachwieja is an NYU graduate whose editorial credits also include Vanessa Roth's award-winning documentary, "Liberation Heroes: The Last Eyewitnesses." Of him, Steeves said, "Peter came on at the perfect time. Because Scott, Jack, Stephen and I were working so close with the material, it was great to have Peter's fresh eyes on it. His input helped us bring it home."

Each co-editor commented on his favourite scenes. For Gibney, "Without giving away the plot, there's a moment in the film where a switch goes off in Jennie's head. That moment is so powerful… and once you see the film, you'll know why. Even though I've screened this movie hundreds of times, I still get emotional at that point, each and every time."

To Zachwieja, "This film is driven and elevated by the actors' performances, and their chemistry with each other. Watching the two leads play off each other is an absolute joy. Their relationship feels very real; the bonds holding them together are strong, despite the forces drawing them apart being so persistent. That tension is where the comedy and tragedy of b/d/a live, and we're lucky to have such wonderful actors bringing it to life."

Thanks to the talents at Flavor, the film's opening title manifests with individual letters appearing in random sequence. This sublime storytelling touch was designed by the team including VFX executive producer, Neal Cohen; creative director, Brian McCauley; VFX artist, Sean Perry; and flame artist, Moises Tavera, as the cherry atop their far-reaching, invaluable contributions to the picture.

In the department of sound, Another Country's Widmark confirms, "What you hear are the raw performances captured on location by Eric Vladimir, with no dialog replacement. For the mix I focused on clarity, reducing incidental noise like heavy machinery operating outside the therapists' offices, for example, then added sounds to fill the environments and support the story." To Widmark's credit, his artistry – especially in designing transitions using diegetic music, in association with the efforts of music supervisor Pete Olshansky – has earned wide praise. 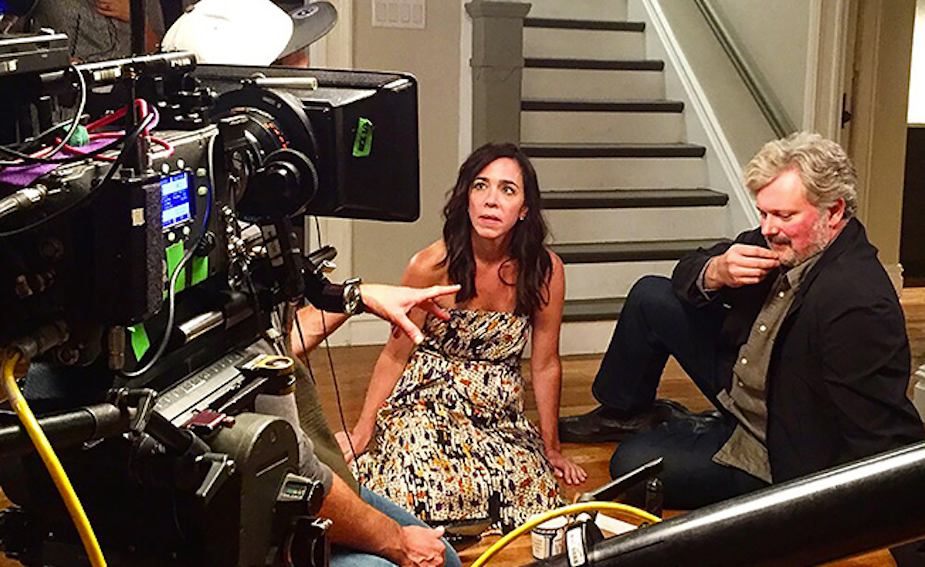 - Above: On the set with Finnerty Steeves and John Ellison Conlee, courtesy of Marsha's Daughter Productions

Across the board, 'Before/During/After' stands as a crowning career achievement, inspiring fierce personal pride in being part of such a powerful achievement, together with an accomplished group of professionals. For all parties, it's a monumental tribute to Steeves, their illustrious leader… and dear friend.