Behind the Scenes on Shilo's HBO Holiday Card

Fly through a winter landscape 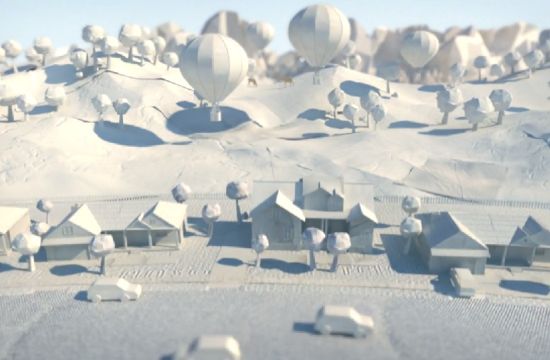 Working directly for HBO, Shilo director Anthony Furlong and his colleagues recently created a :44 holiday card for HBO which was delivered at the end of last month.

Holiday Card from Shilo on Vimeo.

"HBO came to us with the task of creating their holiday greeting for this year," Anthony says. "We wrote a variety of concepts and scripts, with our favorite being a take on the original HBO intro from 1983. Not only is it a celebration of the iconic intro's 30th anniversary, but it became a perfect holiday journey by visiting the homes of viewers throughout the country. For us, home is what the holidays are all about."

Holiday Card "Behind the Scenes" from Shilo on Vimeo.

HBO's holiday card begins in the home of a family sitting down to watch HBO together, then recreates the 1983 intro by flying through New York and then moving through the vast landscapes of the United States. For Shilo, attention to detail was paramount as they designed and built every New York building to match the original within this updated style. The paper world they created provides a unique holiday twist connecting to cards, gift wrappings and handmade charm.

According to Anthony, his team's research and development phase consisted of building practical houses and characters from paper, which gave them an understanding of how to realistically model each object in their world and which paper weaves would provide the best stand-ins for real world materials. "In accordance with our vision, we treated everything in this CG world as if it were built and shot in-camera," Anthony adds.