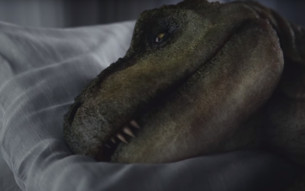 In the area of highly-automated driving, Audi has repeatedly written history in remarkable ways. In 2009, a driverless Audi TTS traced the famous four rings into the surface of a saltlake, one year later it mastered the legendary winding road at Pikes Peak, and in 2014, a piloted RS 7 Sportback pushed the limits of driving physics as it completed its laps on the Hockenheimring racetrack. Now the Ingolstadt firm is building on this history from a completely different angle.

Together with Razorfish,the leading international digital agency in the area of customer-focused business transformation, the company has placed piloted driving in the context of the “T-Rex” social media hype. “In presenting our activities in the area of piloted driving, we have previously always placed the primary focus on technology and performance. We are now addressing the subject from a completely different emotional side. With the T-Rex meme, Razorfish has found the perfect angle for this”, said Michael Finke, Head of the International Creative Department at AUDI AG.

The Tyrannosaurus Rex was regarded as one of the most dangerous dinosaurs ever to walk the earth.Nonetheless, due to its short arms, it has become a running gag on social media. In Audi’s new video, the T-Rex talks openly for the first time about how this humiliation has changed its life. After several sad sequences showing his unremitting decline, the surprising solution, and the T-Rex’s redemption, is finally revealed: piloted driving from Audi.

“With ‘The Comeback’ Audi has allowed us to create a work that not only picks up on a popular internet meme, but also adds a new dimension to it. This shows the brand’s great understanding and enthusiasm for social media”, said Sascha Martini, CEO of Razorfish Germany. The T-Rex was brought to life by Stink Berlin (production) and Sehnsucht (CGI animation). 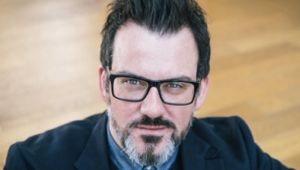