Behind the Work 170 Add to collection 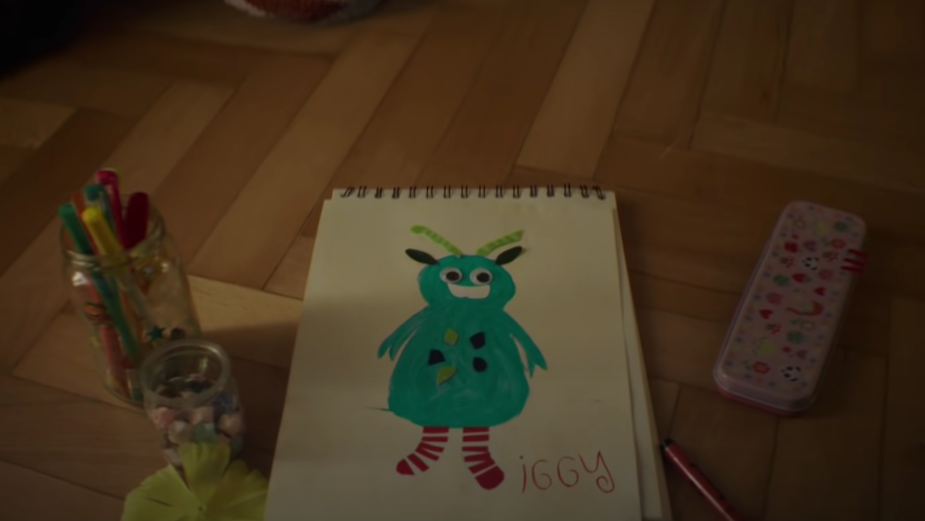 Watching the McDonald’s festive spot, we’re all reminded of our own Iggy’s - those imaginary friends that felt oh so real and gave us the confidence to give it a go. For this year’s take on Reindeer Ready, we see Iggy as a drawing that magically comes to life for our protagonist, Matilda. Intrigued by the Reindeer Treats on offer, Iggy forms a bond with Matilda that takes them through her life.
In the campaign, we see the duo grow up together as Iggy gives Matilda the confidence to perform in front of her family and even watches movies with her as she becomes increasingly preoccupied. In a heart breaking moment, Matilda finds herself ‘too old’ for Iggy and we see her survive without her furry friend. But it wouldn’t be Christmas with a sad ending and Matilda eventually finds her way back to her childhood friend, accompanied by Cindy Lauper’s ‘Time After Time’.
The Leo Burnett team, creative director Andrew Long and creatives Cristina Rosique Gomez and Amy Bushill, talk to LBB’s Nisna Mahtani about the magic they created with Matilda and Iggy.

LBB> How does this campaign build on previous festive outings for McDonald’s?

Andrew> This campaign is the 5th anniversary of the Reindeer Ready festive platform, and each year we’ve tried to continue to evolve the storytelling and perfect the craft. What’s great about a long-running campaign like this is we’re able to learn from what came before, keep hold of the bits that are working well and improve the bits that could work better. This year, we’re back for more emotive storytelling, a mission to get the whole nation using their imaginations this Christmas.

LBB> We feel like the big shift in McDonald’s Christmas advertising came with 2017’s Reindeer Ready… what prompted that shift and what sort of creative conversations were you having back then?

Andrew> We were trying to find a role for McDonald’s at Christmas, which was difficult as we’re not really a brand that is there for the big day itself, more so the little rituals and moments of magic that takes place in the days and weeks before the big day. With that in mind, a brilliant team here (Mark and Rob) had the idea to focus everything on McDonald’s Carrot Sticks and the magical ritual of leaving carrots out for the reindeer. That’s how Reindeer Ready was born and since then, the creative conversations have been a lot easier at Christmas!

LBB> Over the course of the past four or five years, there has been a definite thematic thread around teenagers becoming distant or ‘too cool for Christmas’ and finding a way to reconnect with their family or the magic. I’m curious as to whether there was any particular research or insight into McDonald’s customers and the festive period that informed those themes?

Andrew> At the core of the Reindeer Ready platform is a very simple product idea that sees us rebrand McDonald’s Carrot Sticks as Reindeer Treats. Where our storytelling began with the first ads was around that very functional act of leaving out the Reindeer Treats, but over the past few years we made a conscious shift to focus on what that functional act represented emotionally - and that was a little ritual that reminded us of the belief we should all allow ourselves to have at Christmas. Teens are interesting because they’re right at the crossroads of childhood and adulthood, which is when we first start to suppress the belief we have in Christmas. So, it was never a conscious effort to focus our stories on that audience specifically, but we found that audience helped us really land our narrative in the most emotive way. 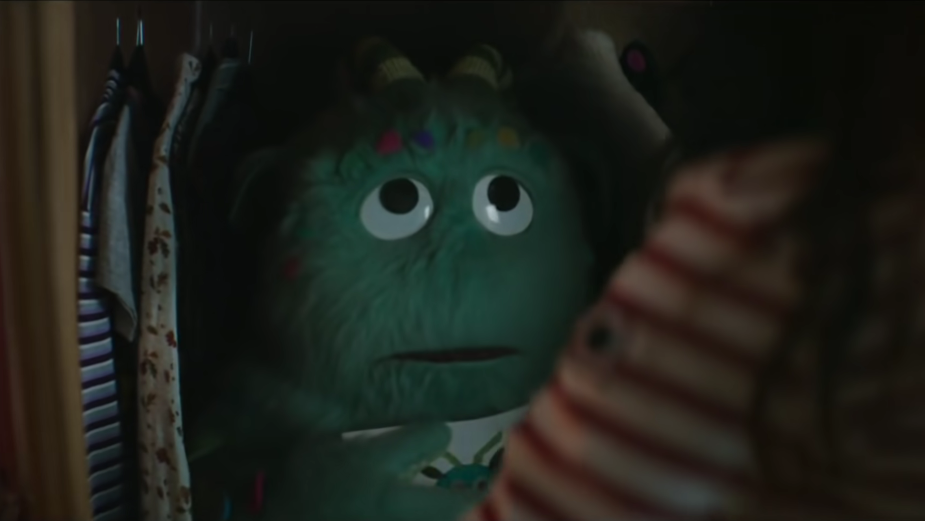 LBB> Animation - whether fully animated or a blend of live-action - is also a signature of the festive McDonald’s ads. What does it bring to creative?

Andrew> We like to think about the McDonald’s brand as one voice with different elements dialled up or down depending on the message. So, Saver Menu might play more to humour, Breakfast might play more to food enjoyment, and so on. Christmas is the time of year where we allow ourselves to play to magic and really dial that element up with stories that could never be told just in live-action. That’s where animation can help us out massively. Plus, it’s loads of fun that really appeals to the craft nerds inside us.

LBB> We’d love to hear about the initial stages of the 2021 Christmas campaign - what was the brief and how did you interpret it to create the script?

Amy> The brief was centred around the insight that ‘you are never too old to make believe’. For us, nothing compares to a child and the way they see Christmas with a sense of pure imagination. Which as you grow up you lose slightly as life gets in the way and we often forget to enjoy the magic of it all. Originally, we wanted to create an ad made up entirely of children’s drawings to capture the raw wonder and imagination taken straight from a child’s mind. But slowly the idea developed to be a drawing of an imaginary friend who came to life as Iggy.

LBB> The storytelling within this campaign carries us through the relationship between Matilda and Iggy in a really captivating way. What was the starting point for developing the story and what were some of the writing challenges you had to crack along the way?

Cristina> We wanted to capture as many of those small but meaningful Christmas rituals that we all enjoy in the run-up to Christmas but showcase how imagination plays a part in all of them. For example, in the reindeer show scene, Iggy is boosting Matilda’s confidence and creativity. I guess the only challenge was deciding which were the key moments to include that really highlight the power of imagination but overall, I think the final scenes we chose to capture their relationship and the make-believe perfectly. 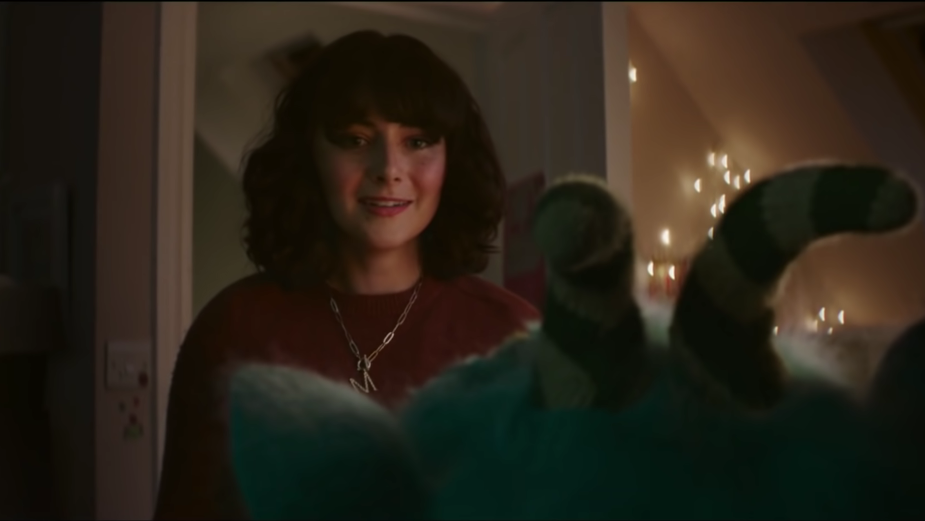 LBB> Iggy is the most memorable part of this campaign; how did you conceptualise and create the adorable fur-monster with stripey socks?

Amy> It was definitely one of the most exciting parts of the making of this ad! We began by asking children to draw their imaginary friends with a vague brief in the hope to get as many different ideas as possible. We then incorporated lots of different parts from different references and then we added in a few Christmas elements. Some of the textures, like the stockings, for example, you will see in the background on the fireplace as our imaginations are often influenced by our surroundings.

LBB> What were the most interesting challenges you faced when bringing this piece to life?

Cristina> Bringing Iggy to life was lots of fun, discovering how Iggy would move and what type of personality Iggy should have. The only slight challenge was probably Covid restrictions and casting; having to have back-up options for all the characters became a little tricky as obviously if one dropped out it would affect the look of the different aged Matilda’s. But in the end, all went smoothly!

LBB> Time After Time is the perfect track to bring the entire story together. How did you land on this song and what was the process of getting Mabel involved to create the cover?

Amy> It’s a brilliant song and we knew early on we wanted to try and use it. Our thinking was that because one of the principal storytelling elements in the film was the passing of time as we jump into different moments in Matilda’s life, we wanted a track to help the audience out a little bit on that journey and connect things for them. We tried a lot of different options, but the lyrics in this track gave the film a sense of nostalgia we found very powerful, as if aching for an old distant memory. The lyrics gave new meaning to our film, and in turn, I think our film gave new meaning to the lyrics.
Getting Mabel involved was an early Christmas present, she’s an absolute star and sounds incredible on the track. We love that she’s known for these big pop anthems, but we’re getting to hear a different side to her voice here and it just works so well. 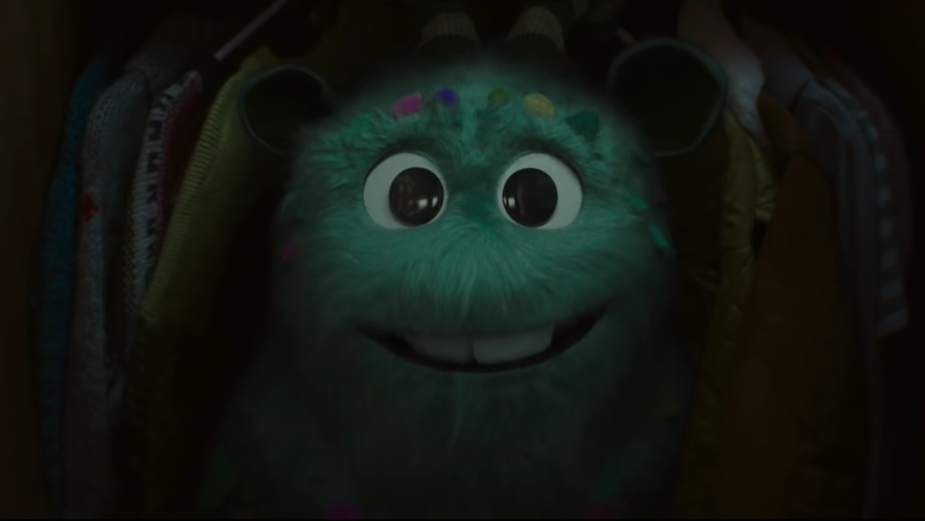 LBB> How has the response to this year’s campaign been and have there been any particularly memorable reactions you can share?

Cristina> It’s all been really positive and it seems the nation is in love with Iggy as much as we all are - which is great! We’ve seen lots of Iggy creations which is really cool, saw someone with Iggy nail art and someone who transformed a chocolate orange into Iggy with icing!

LBB> Were there any Easter eggs we missed or behind the scenes moments that you can tell us about?

Andrew> There are a few little Easter eggs hidden in there. For example, we wanted the Iggy character to be inspired by the world that Matilda exists in, so all the materials and shapes used to create the Iggy character are seen scattered around the film in different places. From the stockings hanging on the fireplace, to the tinsel in the decoration box that Dad carries at the start. The other thing to look out for in this film, as well as the previous year’s festive films, is the reindeer motif. It’s core to the Reindeer Ready platform and we always try and sprinkle in as many reindeer cues as possible, whether that’s simple decorations or even the reindeer costume Matilda wears.

LBB> How do you think Iggy and Matilda move things forward for McDonald’s festive advertising?

Andrew> The fact that we’ve found a way to link one of our least known menu items to these very powerful emotional sentiments, and each year we’re able to build on that storytelling in more and more magical ways, really is an incredible thing. What we’re pleased about this year, is how the whole campaign felt entirely joined up across every channel. We’ve become known for these emotive films now, but this year’s campaign is so much more than a film and I think that’s what has really moved it forward.
view more - Behind the Work