Behind The Mac: New Star-Studded Nostalgic Film Inspires Viewers to Make Something Wonderful 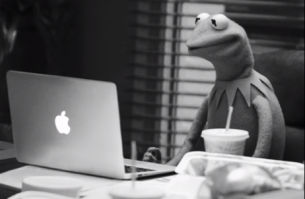 Today, Apple unveiled the all-new iPad Pro, Mac mini, and MacBook Air at the “There’s More In the Making” event at the Brooklyn Academy of Music in New York. The event paid tribute to creativity, and while the new products stole the show, one film was an inspirational reminder that creativity has the power to change the world.

The moving film paid homage to the Mac, the most powerful tool for creative minds. Since its debut 34 years ago, the image of people hard at work behind their Mac is now ubiquitous in culture, from creative settings, to cafes, and on college campuses it has become an iconic symbol of creativity. Comprised of found images, the film features photos of Oprah Winfrey, Damien Chazelle, Serena Williams, Timbaland, Malala Yousafzai, Karlie Kloss, Shawn Mendes and many more alongside everyday creators, each passionately at work behind their Mac.

Surrounding the event, a bespoke OOH campaign canvased the streets of Brooklyn, spotlighting Brooklyn-based creators behind their Macs including: producer RZA, artist KAWS, publisher Julia Moak, A.I. visionary Stephanie Dinkins, entrepreneur Samantha John, podcaster Erin Bagwell and hip hop artists Flatbush Zombies. The images are a reminder that creativity is humanity’s greatest superpower and an inspirational visual for the next generation of creators to make something wonderful.