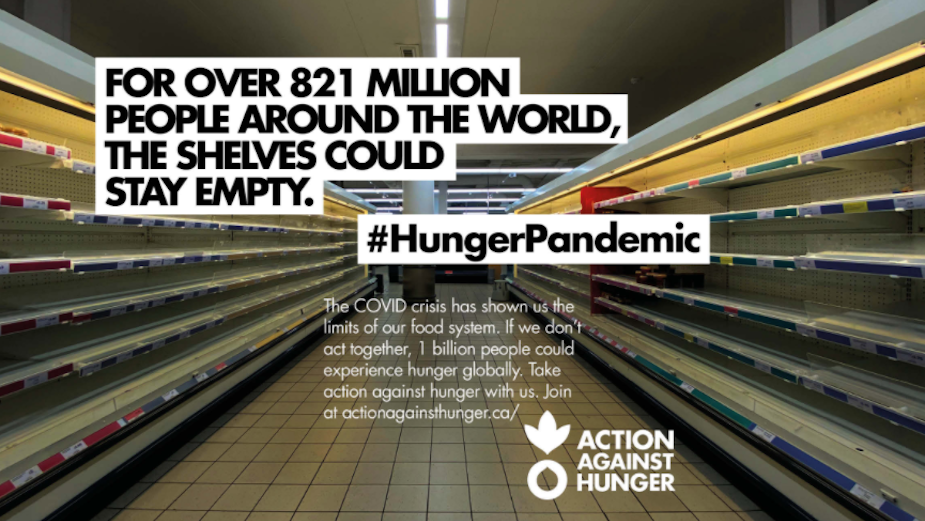 The worst may not be behind us yet. The consequences of Covid-19 on the international food system could be far more deadly than the virus itself.

The lockdown periods and the social distancing measures, imposed as a response to the pandemic, have led to serious difficulties in accessing certain food products and many disruptions in the supply and distribution chains. These difficulties and disruptions jeopardise the food security of the most vulnerable populations. Nearly one billion people worldwide could go hungry.

For the first time, people in Northern countries, most of whom have been spared the risk of a food crisis, have had a snapshot into the reality of the countries of the South where Action Against Hunger intervenes. Too often perceived as a far away, unrelatable concept, this reality nevertheless concerns more and more people in precarious situations, even in France.

It is from this point of view that Action Against Hunger France, accompanied by its agency DDB Paris, has chosen to speak on June 22nd.

A campaign articulated around a tagline in the form of a hashtag: #HungerPandemic. The three prints show us scenes that we didn’t expect to ever experience: eerie empty supermarket shelves, creating a fleeting panic, that stayed engraved in our collective memory.

This campaign by Action Against Hunger France, will be deployed on different formats: press, billboards and social media to invite people to get informed and to act on actioncontrelafaim.org. It will then be displayed on social media in Canada, Italy and Germany.