Behind Aoife and Deermiud’s Friendship in SuperValu’s Christmas Ad

Behind the Work 266 Add to collection 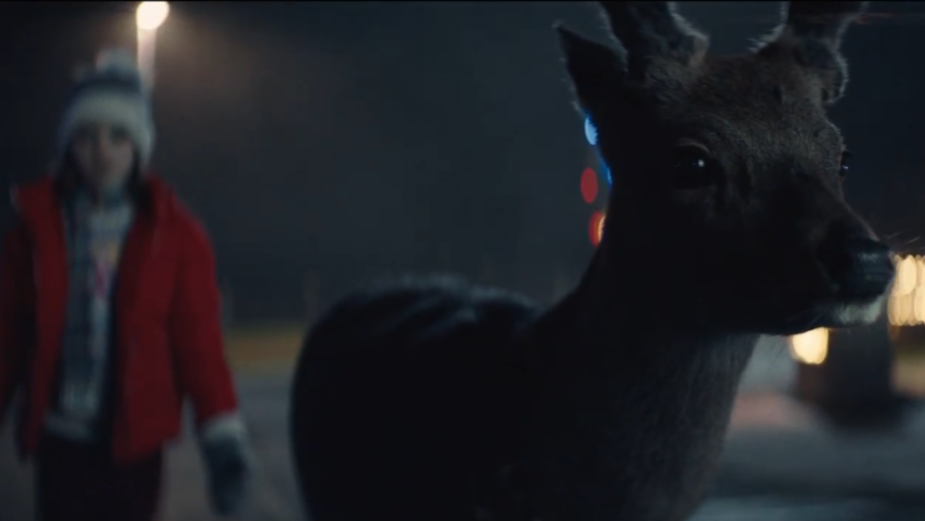 Irish supermarket chain, SuperValu, captured the magic of a child’s imagination and dreams in their Christmas campaign this year. The spot features Aoife and Deermiud, a young girl and an injured reindeer who become unlikely friends. In a touching effort to get Deermuid back to Santa in time for Christmas, Aoife captures the attention of all the children in her surroundings and they do what children do best - believe.
With a clear idea of the script and fully formed ideas, the team at Antidote and Windmill Lane got started on how to create a VFX reindeer with lifelike features. Creating a realistic reindeer was the top priority, alongside capturing the Christmas spirit and spreading that nostalgic feeling through our veins. With touching reactions and a sense of childhood wonder, the spot certainly captured the imagination of viewers.
Antidote’s director, Ben Liam Jones and Windmill Lane’s VFX supervisor, John Kennedy and animation director Graham Gallagher, all spoke to LBB’s Nisna Mahtani about the Spielberg spirit of the campaign, creating a Christmas atmosphere and the biggest challenge… time.

LBB> Tell us about the initial idea for this SuperValu ad, what was the brief that led to the creation of Aoife and Deermuid?

Ben> For some scripts, you get to give a basic outline of the idea. Others are much more fully formed and this fell into the latter. So the characters were clearly defined.
In creating Aoife’s character, it was all about giving her that spirit of someone where anything is possible and placing her as a dreamer in a cynical world run by adults. Straight from the Spielberg playbook.
Deermuid… well that’s his name and he just freestyled it.
John> From our perspective at Windmill Lane - Ben and the guys in Antidote knew they were working with animals and children and the possibility of having to use a photorealistic deer for some shots where Deermuid simply wouldn’t perform was always going to be a challenge.
So, while we knew we had to make a deer fly for the end sequence of the film, we started having conversations around how we could make the CG deer appear injured, how we could make it turn to the camera when it needed to, how we could make it run on cue. All of our conversations were about avoiding an over-animated creature and about achieving realism.
Aoife and Deermuid - I just got that! It’s from Irish mythology - nice touch.

LBB> The theme of the piece is recovery, which you tackled through Aoife nursing the deer back to life. What were some of the most significant moments you incorporated to showcase the theme?

Ben> We felt that seeing those kids rushing out of their houses was such a great visual metaphor for breaking free of lockdowns etc. So the focus on the reindeer’s recovery was super economical so we could best protect the screen time, in the end, to try and tell a bigger story of recovery.

LBB>  The campaign was inspired by Spielberg films and ‘the magical belief of children’ - how did you use this to influence the direction of the campaign as well as the animation and VFX?

Ben> There were certainly echoes of ET in the original script. As a result, I always had Henry Thomas' ET audition tape in my head when I thought of the end sequence. So I tried to find a talent that could give me that raw emotion. Luckily we found Penny Lynch, who I believe will go on to be a superstar if she sticks with it.
In terms of animation and VFX I just strived to make everything as realistic as possible. If the deer had any hint of anamorphism in its interaction with Aoife I felt like the audience would expect the deer to fly. By playing it straight I think it added to the jeopardy.
John> When it came to the animation  - as I said, realism was always key. The moment where the deer starts to run is very Spielberg, it’s when the kids weigh in behind Deermuid and the heartstrings get pulled in a very familiar cinematic way. Also, the legs lifting off was often talked about as being the ‘ET moment’ and the picture-perfect gently falling snow that our VFX team at Windmill added was always going to be a nod to those movies also. 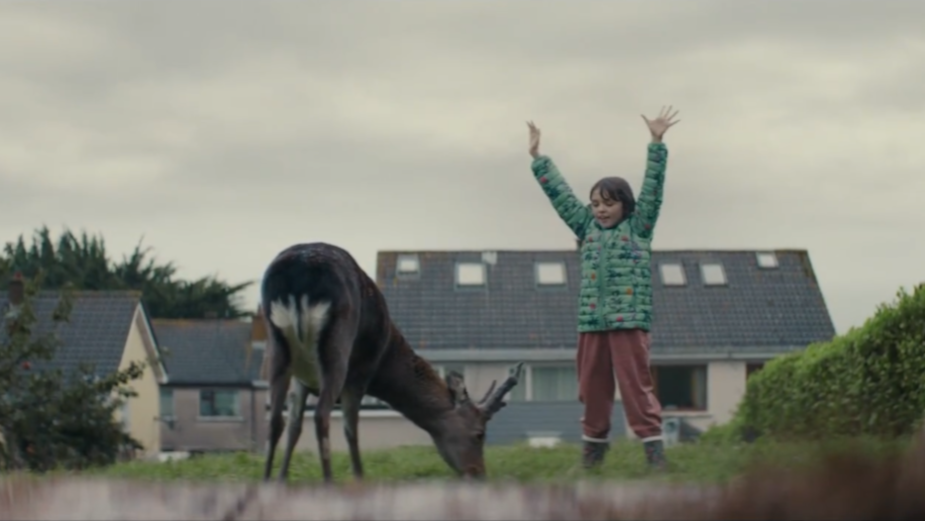 LBB> Deermuid looks very realistic, with fantastic emotion conveyed through his movement and behaviour. Can you talk us through the animation process of bringing him to life?

Graham> The criteria was always ‘create a realistic deer’ so with this in mind, we set to work. We took as much reference photo imagery of Deermuid as possible – we explored all aspects of his coat/fur, his face, the details on his antlers, even right down to his hoof colour and texture. The closer we could match Deermuid, the better chance we would have to make his CG swap out seamless in the advert.
First up was the model, we spent a lot of time trying to find as many angles of Deermuid for references as we could. The CG model was built to a high level using Zbrush and Maya.
The next big part in the process was creating his groom/fur; this is an incredibly important stage. A good groom can be the difference between having an uncanny value model or a believable CG model on screen.
Rigging the model to a high standard allowed the model to move and perform in animation, the rig was especially geared towards the running and flying ending.
When considering the animation for each shot we tried to first make a connection between Deermuid and Penny, but also keep the animal’s wild side in mind - we didn't want Deermuid to become too smart or to start staring directly at Penny like a dog. The next challenge was to make him injured and vulnerable, we achieved this through a combination of CG shots and live deer shots with compositing elements.
After the shoot, we had a lot of good references for Deermuid and a good understanding of the pace of the advert itself. With this information, we were able to move straight onto animation. Working with Ben, we were able to get a good understanding of the overall performance he wanted and how best to convey the more vulnerable moments. We knew from the start that we needed Deermuid to be able to run convincingly, he had to build up speed before he took off – so a lot of the work on the rigging side was developed for these end moments. We had to create that speed, to get faster and faster, we really wanted the audience to believe he was going to take off and fly. 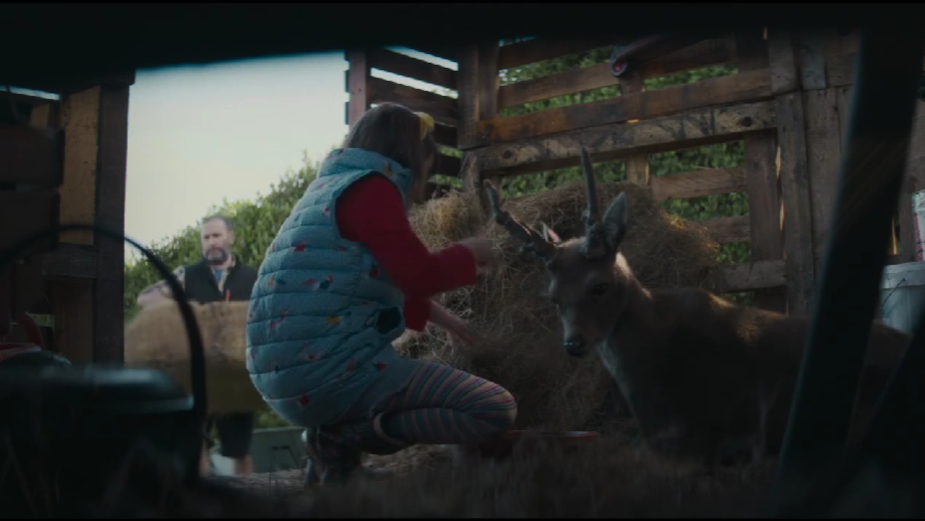 LBB> How long did the post-production process take and can you tell us about the process behind integrating the VFX so seamlessly?

Graham> The total for VFX in Windmill was six weeks from start to end including modelling, rigging, groom, animation, lighting, comp and edit.
One of the hardest parts of the advert was making sure that CG Deermuid was believable in the scenes. We took full 360 camera projections of the environment that Deermuid performed in and ref images of the real deer in each location on the shoot. These images helped us match CG Deermuid into the live-action plates. Our lighting and compositing guys added strategic shadows, motion blur, bounce light from the houses Christmas lights and believable falling snow, this all added to the overall feeling of reality.
John> What Graham said! It’s funny how every time you’re on set doing stuff like how many times you find yourself explaining the VFX balls to people!

LBB> What was the most challenging part of bringing this campaign to life?

Ben> Time. If I didn’t love the script so much I would have run a mile.
Graham> I think the main challenge was the time frame. VFX is a time-laboured love. The basic rule is that the more time you have on something, the better it can be. So having a tight timescale makes you become very creative in the choices you make and you need to become very sure-footed to get results. These types of moments can only be achieved when you have a passionate, elite team, people who are able to perform under pressure and not only achieve their goals but raise the bar as they do it. I'm very proud of everyone on the team!
John> Yeah, definitely the time we had to do all this was our biggest challenge. We delivered three weeks after shooting and all in across all the edits I think we worked on around 25 shots. And the results in the time leading up to the shoot as we worked on model, rig and groom is a testament to the talent of the people we have at Windmill Lane. 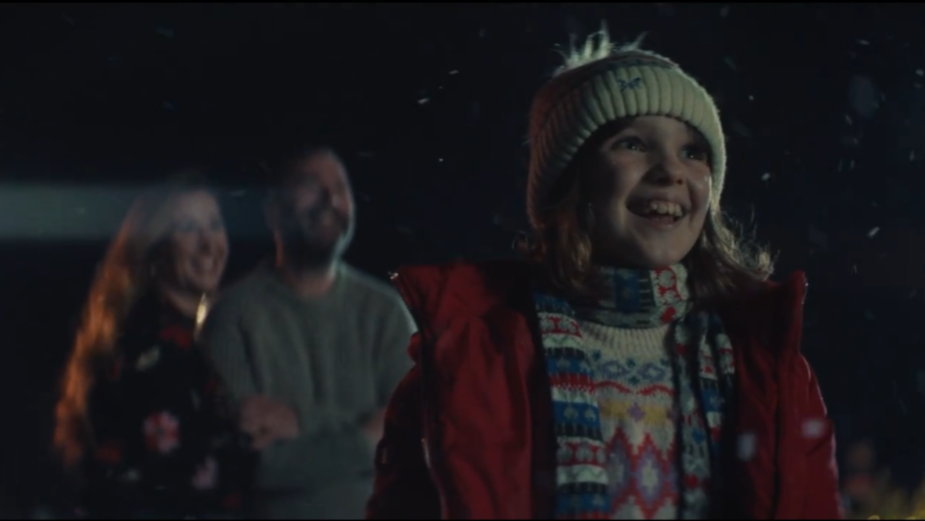 LBB> We’d love to hear about the experience on set - what was the atmosphere like and can you tell us about anything that didn’t quite make it into the campaign?

Ben> Being Ireland in October, it rained a lot. The shot of Penny crying was filmed during a monsoon. The DOP Nick Morris is stupidly talented. How he matched all the footage blows my mind.
Graham> The atmosphere was great! Very friendly and professional, I think our only issue on set was the unpredictable Irish weather. Two days of torrential rain made life a little more soggy than Christmassy. A credit to all the team on the shoot, especially the director and DOP, they achieved a great Christmas illusion under adverse conditions.
John> We were worried about some of the dressed snow getting washed away - definitely a fix-it-in-post moment. There are so many people working in production in Ireland now that nothing phases people, no problem couldn’t be solved. I can’t really think of anything that didn’t make it in apart from the fox - but we won’t mention him!

LBB> Have there been any memorable or surprising reactions to this ad that you’ve either heard of or seen yourself?

Ben> Finding people who hate my commercials on Twitter is like crack to me. I love the idea that people would waste their energy to comment. Surprisingly there hasn’t been too many. I need a hit.
Graham> The reaction from all my friends and family is that it's like revisiting a childhood moment, it makes you happy and puts a tear in your eye at the same time. The children running out at the end has a Spielberg feeling that creates a timeless classic moment for young and old.
John> The client’s reaction, if I'm not giving away too much, was so good when they saw the edit - and this was before we added any VFX - I won’t repeat it - it was so positive, funny and colourful! Our team was working remotely and our VFX coordinator, Suzanne was so excited at the finished result she showed up in our studio determined that we all go for celebratory drinks. Loads of people have been in touch to say just how touched they were by it.
view more - Behind the Work