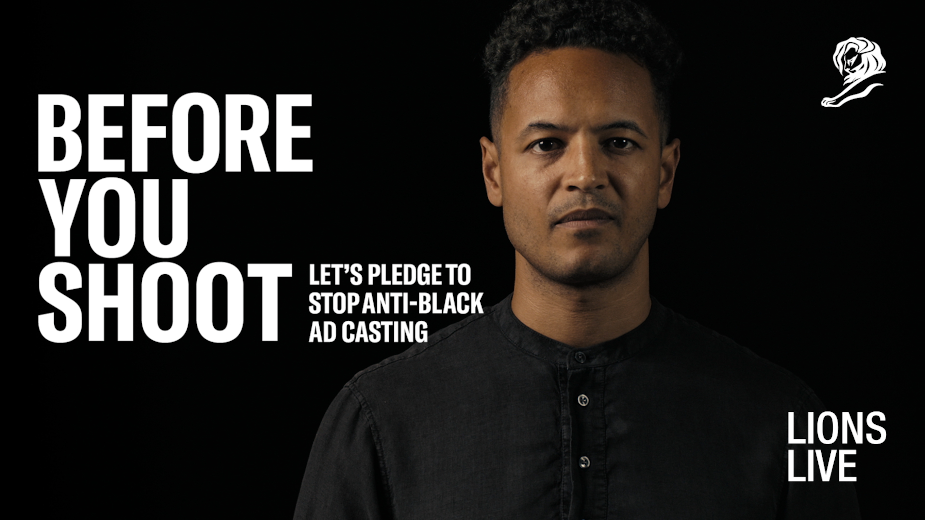 Alex Bennett-Grant CEO of We Are Pi took to the virtual stage at Cannes Lions Live to launch an industry-wide pledge to stop anti-black advertising casting.

Provocatively named ‘Before You Shoot’, the pledge was inspired by a recent industry-wide We Are Pi survey that received five hundred international respondents from people at agencies, brands and production companies.

The research results show that many want to take action against bad practices.

94% of those surveyed believe the ad industry needs to take action on racist decision-making in the casting process.

The research also revealed tangible examples of anti-black behaviour across the industry;

As a first step forward, Bennett-Grant invites the industry to join a pledge to stop anti-black ad casting.

"Brands have been called out for talking fast in support of BLM, while acting slow on system change to stop anti-black practices. We can't stand back and expect the advertising industry to change because we wish it. It’s time for action. My first step is inviting the industry to pledge a stop to anti-black casting practices." Alex Bennett Grant, CEO, We Are Pi

You can watch the full ’Before You Shoot’ talk on Cannes Lions Live Website and download the ‘Race In Advertising Casting’ research report at www.beforeyoushoot.info