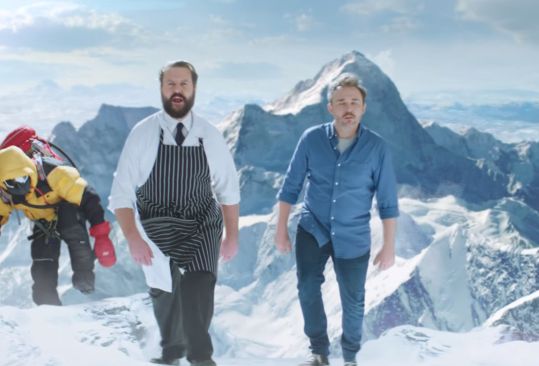 Meat and Livestock Australia (MLA) has launched a new brand platform for Beef via The Monkeys, that repositions Australian Beef as 'The Greatest Meat On Earth'.

The new platform evolves from the previous 'You're Better on Beef' platform by tapping into the latent emotional connection Australians have with Beef, in order to ignite passion for the product, inspire meal ideas and increase consumer consideration.


The first integrated campaign for the platform will deliver this message in a new online content piece and TV commercials that use an original song, "The greatest song on earth", to remind Australians of the greatness of Beef.


Created by The Monkeys, the foot-tapping spot starts off in a local butcher shop and cuts to famous landmarks across Australia and around the world to show how a customer's request for 'just' a rump steak fails to do justice to the greatness of Beef.
The online piece includes appearances from Aussies who embody greatness, legendary cricket commentator Bill Lawry, award-winning actor Kate Ritchie and Olympic gold medallist, Liesel Jones

Says Andrew Howie, group marketing manager, MLA: "Australia produces the greatest Beef in the world. When it comes to taste, tenderness, flavour and quality, nothing comes close. For most Aussies, Beef holds an important place in their hearts. When was the last time someone raved about the chicken they had for dinner last night?"

Says Scott Nowell, co-founder and chief creative officer: "'The Greatness' platform restores Beef to its rightful place as the Greatest Meat on Earth in song."

Three 30-second edits will deliver supporting messages on why Australian beef is the greatest meat on earth, giving consumers reasons to believe in the Greatness proposition. They will cover Beef's nutrition credentials, its versatility and range of cuts as well as the superior provenance of Australian Beef.

To further drive engagement and interest amongst Australia's younger audiences, a radio partnership with NOVA FM will allow the new platform to come to life across a number of activations slated throughout the coming months.

Underpinning this will be a year round approach consisting of digital partnerships with Taste.com.au and GumGum. Retail out-of-home will have a national presence, along with search activity, all aimed at keeping Beef meal solutions top-of-mind for consumers.

PR, via One Green Bean, will build awareness of the ad and drive further incentives to purchase and consume Beef through practical solutions including recipes and product education.
view more - Creative

Editor: Dave Whittaker at The Editors