FSG teamed up with DDB Spain to launch #PartirDeCero campaign 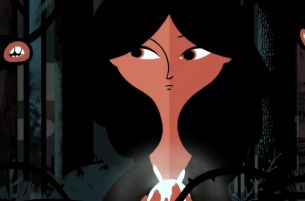 To this end, FSG teamed up with DDB Spain to launch the first-ever video that starts with a negative number of views, #PartirDeCero, featuring the voice of famous Spanish actor Antonio Resines. The emotive animated short film tells the story of Samara, a Roma girl who travels a road full of obstacles to get to Zero city, the city of equality which is a metaphor for the difficulties that thousands of young Roma face in their daily lives. The short film also has a story version written by the journalist and writer Máxim Huertas.

The challenge launched by the FSG seeks to overcome the 750,000 negative number of views the video starts out with (which represent the estimated number of Roma people living in Spain) and reach zero views before December 20th, the International Human Solidarity Day.

Additionally, the foundation seeks the support of citizens, institutions, companies, organisations, schools and more to start a movement in favour of equality with a view to building a society in which nobody starts at a disadvantage. To this end, FSG has published a Decalogue for a Zero City, a manifesto that everyone can join in on the website of the campaign.