Beats by Dre & R/GA Warm Up for the World Cup

Nick Minaj, Thierry Henry, Neymar and more star in The Game Before The Game 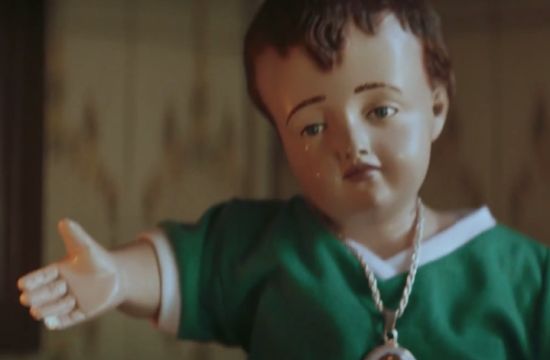 There is a game that starts before the kick-off, before the tip-off, before the face off; a mental game. It awaits every top athlete in the dressing room. It is a game of conquering doubt and embracing the pressure. It is during this game that they find their true strength, the power to win. They find it in prayer, in ritual, and in music. It’s a game that few people have ever seen…until now.

The Game Before The Game spotlights the pre-game rituals of footballers, celebrities and fans as they prepare to be victorious in the game to come; Neymar Jr. calls his father for words of strength, wisdom and confidence, Cesc Fabregas kisses the ring his girlfriend gave him four times exactly and Luis Suarez kisses the tattoo of his son and daughter's names on his wrist for love and good luck. The campaign also celebrates pre-game rituals from fans around the world.

The Game Before The Game stars some of the greatest, most beloved footballers in the world including Neymar Jr., Mario Goetze, Daniel Sturridge, Cesc Fabregas, Luis Suarez, Chicharito and Robin Van Persie among others with cameos by LeBron James, Serena Williams, Nicki Minaj, Rio Ferdinand, Thierry Henry and Stuart Scott.

Beats will roll out several short form versions of this campaign with a series of television commercials in more than 9 countries and 5 different languages- each version highlighting the athletes and rituals that are authentic to the country in which it airs. The full-length version of the campaign will premiere in its entirety online beginning June 5th.

A Film By: Beats Electronics

In Association With: R/GA and Sword Fight