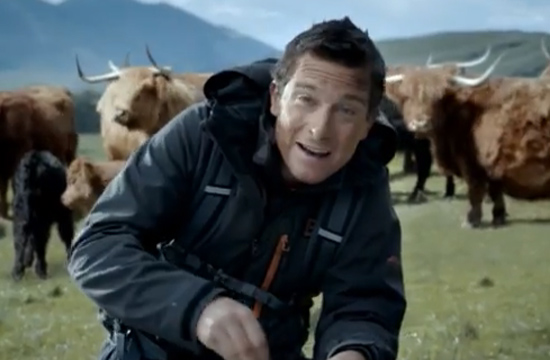 Sanofi Consumer Healthcare and Arnold Furnace have launched the second TV spot in their Bear Grylls campaign for Nature’s Own.

The new spot highlights the challenge to get a good night’s sleep using the same ingredients as found in Nature’s Own Complete Sleep Advanced.  Nature’s Own use an army of scientists…Bear Grylls uses his bare hands!

Tom Spicer, Executive Creative Director at Arnold Furnace said, “This latest spot sees Bear pit himself against Nature's Own again, and again he comes up short. Celebrities aren't usually comfortable with having the mickey taken out of them but Bear was a good sport and requested only that the milk was almond milk. Personally I'd have been asking for a fresh boot. Hats off to frame store too - for making a field in Wales look like somewhere much more exotic.”

Sanofi Consumer Healthcare Head of Marketing, Mike Abbott, said he was thrilled by the response to the new Nature’s Own Bear Grylls campaign.
“The response to our first fish oil spot with Bear has been fantastic and generated a lot of consumer and customer excitement. This new spot will play a key part in driving our ongoing leadership in the natural sleep market.”