Behind the Work 404 Add to collection

Czar director reflects on the inspirations for his new collaborative film with Patta and Dekmantel, and how Star Wars was a big inspiration 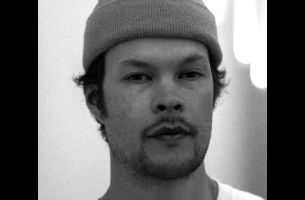 LBB’s Alex Reeves and Jonny Martin spoke with Bear about his ideas for the film, and the ways in which he brought them to life.

LBB> I think it's fair to say your film for Patta and Dekmantel is a strange one. More an art film than a commercial! How did it first come about?

Bear> I think it’s fair to say it’s different. I was asked by Patta and Dekmantel to create a new film this summer, since I made one last year.

LBB> Where did the idea start and how did it develop into the film?

Bear> The idea actually stems from last year’s film, which was about two worlds keeping an eye on, and transitioning into, each other in various ways. I thought this film should have a similar basic idea at its core. It establishes two characters in different spaces and different means of portrayal, connected by a 'vision' in the form of excerpts from the Dekmantel Festival promo. The use of this promo by Jack Featherstone and Bas van de Poel was important for Patta and Dekmantel from the get go. Also, ‘The Last Jedi’ played a big part. I think the film is a masterpiece, and the scene where Kylo and Rey get connected through the force was a major inspiration. I wanted to pay an homage to this scene, and add my own vision of marrying two 'worlds' simultaneously on different levels.

LBB> Technically, how did you emphasise the differences between the two characters and worlds?

Bear> I emphasised the difference of the two worlds and characters by using different film stocks, lenses and 'native' aspect ratios for each character.

Olivia’s world is photographed on 16mm 50d stock in its native 4:3 ratio. It suits her well and I love how, in combination with vintage lenses, it makes her a sort of Bambi in the woods. It gets you that old ‘70/’80s stock feel, makes me emotional.

For Majd’s world we went with 500T 35mm stock and Hawk Anamorphic glass, and therefore a 2:40 Ratio. Obviously a cold stock, but the natural coldness of it seemed appropriate, and it emphasised the contrast towards the warm world of Olivia. His character is also more desperate, living in an emotional cocoon, trying to come up with ways of connecting to someone else.

The touch puts them in a new world, underneath the tree of Dekmantel's Selector Stage (a sort of mascot for the festival) shot in spherical and 35mm 16:9 ratio.

I have always wanted to use these three aspect ratios and film stocks in one project like this, but never found a story-driven motivation to do so and I don’t want to just do it because of the aesthetic. So it was nice to experiment with these elements. Last year's film was shot in 2:1 ratio (univisium) a crop ratio that's not native, but I like the way it sits in between the 2:40 and 16:9 Ratio. I wanted to keep playing with it. 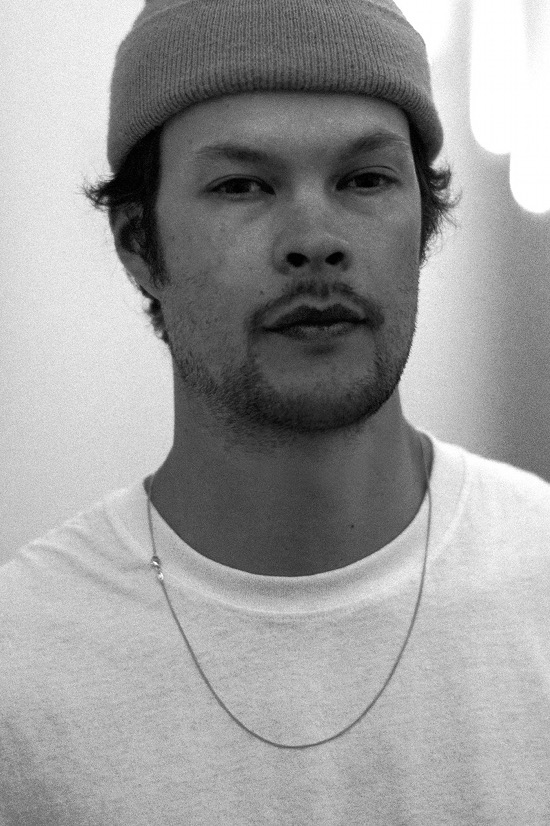 LBB> On the performance, what were the main considerations and challenges?

Bear> I wanted to consider the fact that they don’t see each other, but they are ‘sensing’ each other, causing them to search. That was something Majd and Olivia understood very well. A lot of the acting is in very small details. Majd’s character is more desperate, waking up from a long feverish dream. Slow moving, and emotional.

Olivia is more passive, it happens to her. She was doing something else really. She’s curious but also a bit scared to reach out. That hesitance was important. A careful approach.

The main challenge of it all was that we had little time to set this film up. Most of it had to be quickly established on set.

LBB> Can you talk about the music? Did that come from Dekmantel? What were your considerations when choosing it?

Bear> Rimer London made the music. He already had a track for this release. I sort of built the pacing of the acting and editing around it. Slow, but not too monumental. I really love Rimer’s work and worked with him before so there were no challenges at all. Which is convenient when you only have a couple of days to finish.

LBB> How does this film relate to last year's ‘What a World’?

BD> It’s a lot smaller in scale and made with far fewer resources. But it felt more personal.

LBB> What do you think the film says about Patta and Dekmantel?

BD> I don’t really think it says something about Patta and Dekmantel in particular. It might tell us that no matter how astoundingly distant or different our perspectives may seem, something always connects us all and we can always show up to each other. Which I think is a lovely thought.

LBB> How does this relate to your broader directing portfolio? You seem to love dreamy stuff. And you're able to do it for clients too, which is pretty amazing!

BD> Well, it certainly has more focus on character, even though there’s no dialogue. Other than that, I don’t know, I don’t look at my work saying “This is my craft, my dreamy artistry”. I don’t really have ‘dreamy’ aesthetics or elements I strike off my checklist while making something. I try to be intuitive. But I would like to focus more on crafting characters in the future, as I realise more and more that I love working with actors.