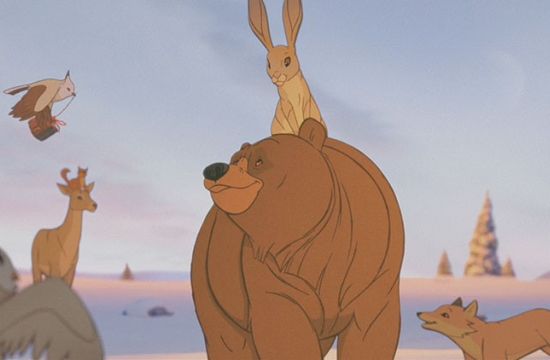 The John Lewis “Bear and Hare” advert is by far the most talked about Christmas ad of 2013, according to research by global social media agency We Are Social.

We Are Social examined English-language Twitter conversation between 4th November and 9th December, and found the John Lewis advert had 212,000 mentions on Twitter, compared with 38,000 for Sainsbury’s “Christmas in a day” and 37,000 for Marks & Spencer’s “Magic and Sparkle”.

Ed Kitchingman, senior analyst at We Are Social, said: “The most successful ads combined to push the emotional buttons of the nation, while moving the boundaries forward for innovative content.

“John Lewis’s once again rolled out its tried and trusted, simple formula of gift giving. This year’s concept that tapped into the popular conscious of the nation, with the hare and bear friendship generating an overwhelming positive response from Twitter users.

“The Sainsbury’s advert had the impact of an emotional ending of a serviceman being reunited with his family, which strongly resonated with the public and helped drive the emotional response on Twitter.  Using its YouTube channel, it also took the innovative decision to post the full 45 min film directed by Kevin Macdonald to support its Christmas in a day ad; which has actually been viewed more times than its short advert.

“This year, we saw brands using a concept to drive social conversation with fans, such as asking fans to name the dog in the M&S ad, or premiering the Sainsbury’s film on Youtube. This adds another layer to the marketing mix, giving brands more opportunities to reach consumers.”