Dreamworks and 'The Walking Dead' share the stage with beActive 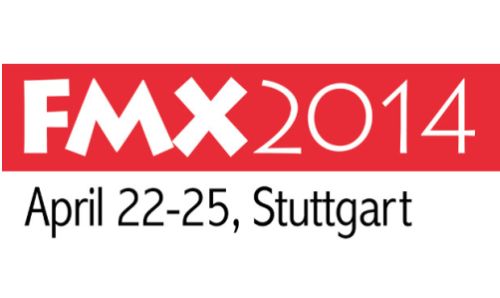 The event will be on in the city until Friday and beActive will present its newest multiplatform Irish production - COLLIDER 2017. This presentation titled “COLLIDER: How to Build a Sci-fi Transmedia Franchise” is focused on the sequel, currently in production, based on the comic book and movie with the same name, that played in cinemas across Ireland last January and was recently EMMY nominated in the digital category. Nuno Bernardo will share the stage with Dennis Lenart, who will host the videogame based on the worldwide smash series “The Walking Dead” and will explain the process that culminated with the COLLIDER production.

Besides this Transmedia panel, Nuno Bernardo will also host, with the giant DreamWorks Animation and its Special Effects Supervisor, Doug Cooper, a presentation dedicated to the theme “What We See”, regarding all innovations in immersive technologies, realtime computing and seamless realism.

Following COLLIDER’s rich universe, COLLIDER 2017, stars one of its characters (Lúcia de Souza) and creates a sequel on a 3D format séries, while a videogame will also be produced for tablet. All the action takes place in 2017, in Rio de Janeiro, the year that our planet is invaded by the ‘Unknown’, creatures that decimate the world’s population.

COLLIDER is a science-fiction multiplatform project inspired by the universe and the graphic novel of the same name created by award-winning and Emmy-nominated writer-producer Nuno Bernardo (Sofia’s Diary, Beat Girl, Final Punishment), depicting the last 24 hours of a group of six characters trapped on the CERN campus in the year 2018. The action in COLLIDER goes down in Geneva, Switzerland, on what was once the CERN campus, where the Large Hadron Collider, the world’s largest particle accelerator, is located.

This week, at FMX 2014, there will be some of the latest designs of Animation and Special Effects, from Hollywood blockbusters to European films and TV productions. In addition, producers and creators will demonstrate video games and new technologies related to the entertainment industry. The event brings together the most respected professionals in the areas of 3D animation, Visual Effects and Video Games.