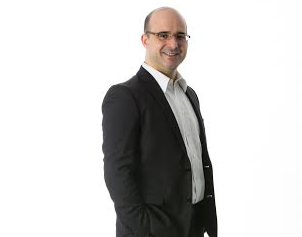 In his new role, Stampfel will lead the agency’s digital and media strategy functions, which will include digital data strategy, online strategy as well as on and off-line media strategy (with Dentsu’s support in terms of media buying).

“As we continue to drive integration within our group, John’s well-rounded experience across media agency, creative agency and on the brand-side where he was the lead on media and digital activities, will enable him to bring a perspective and unique leadership to the structure that we need to take the agency forward," said Menat.

"Not to mention that John has worked in the USA as well as spent the last 12 years working in Japan, which is a very strong asset for helping us deliver on our commitment to bring the best of the East and West to our clients in Japan. I am thrilled to have him on board with us, and looking forward to working together to open new doors of opportunities for beacon,” he added.

Stampfel graduated from the Rice University in Houston, Texas, and started his career in New York City about 20 years ago at VMS, a leader in broadcast news monitoring. Following that, he moved into the digital world, at Igicom, where he was project manager for e-commerce Website Development.

In 2002, Stampfel relocated to Tokyo, where he started working at Insentiv Media, working for brands including Lexmark International, NTT
Communications, Marriott and INAX. He moved on to One to One Marketing where he worked on CitiFinancial Japan, GE Money, AIG, GAP, amongst others.

In 2011, Stampfel became digital interaction director at MediaCom focusing on the agency’s P&G business at a time when all P&G media planning was just consolidated with the agency. During his time there, Stampfel helped grow MediaCom’s iMedia planning, mobile innovation, social, and audience buying platforms. He also oversaw the project management, negotiation, purchase, and execution of digital campaigns.

He went on to join Gilt, the innovative online Japanese shopping destination, in 2014. Stampfel was a member of Gilt’s leadership team, looking after digital and media activities to boost consumers’ acquisition of the brand’s ecommerce site.