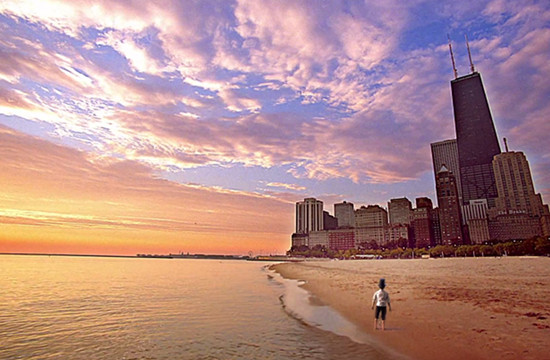 Last fall, MiniAbe took the state of Illinois by storm (and swept the hearts of viewers across the country) in 'Spontaneous Fall', an ad campaign for the Illinois Office of Tourism. Created by JWT Chicago, the program took viewers on an adventure made only for Illinois with a miniature version of the 16th president, and helped to raise tourism inquiries 78 percent over the prior year. For spring, MiniAbe is back in a whole new way — and this time he wants travellers to Be More Whoa-ed.

The latest campaign is the first from the Illinois Office of Tourism since retaining JWT Chicago as its agency of record earlier this year, following a review.

“With ‘Be More Whoa-ed,’ we wanted to once again highlight the diverse destinations and attractions the state of Illinois has to offer. From the Chicago beachfront to the Garden of the Gods to the John Deere Pavilion, MiniAbe gives viewers just a glimpse of the surprising experiences they can explore right here in Illinois,” said Illinois State Tourism Director Jen Hoelzle.

“For spring, we wanted to highlight the many visceral reactions and feelings people have when exploring the state,” added Gary Korrub, Creative Director, JWT Chicago. “‘Be More Whoa-ed’ is a call to action to visit Illinois and be surprised and inspired, something that happens all the time. People always say, ‘I didn’t know you could do that here.’ The ‘Be More…’ call to action will also be used in subsequent executions. Let’s just say MiniAbe has a big appetite for a little guy.”

The integrated campaign launches today with a rollout in 16 U.S. markets, with the U.K., Germany, Canada and national cable scheduled for later this spring and summer. Along with TV and mobile channels, a dedicated hub on the Enjoy Illinois website will be available for viewers who want to learn more about MiniAbe’s adventures and how to plan their next trip to see it for themselves. A second spot in the spring campaign is slated to break in early May.

Brief Description: This latest :30 second commercial features MiniAbe taking in some of the magnificent whoa-inducing sights and attractions throughout Illinois.