Be Inspired By the Adfest 2016 Winners 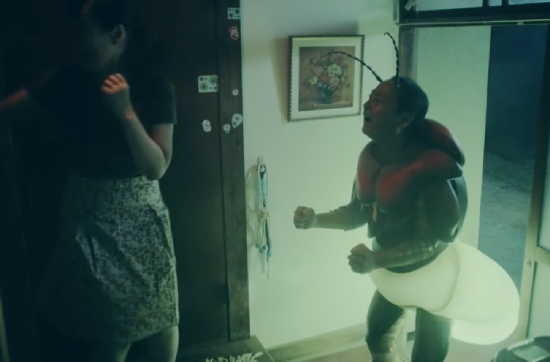 The 19th ADFEST wrapped up this year’s four-day Festival with an Awards Presentation at PEACH, Royal Cliff Hotels Group in Pattaya, Thailand on Saturday, 19th March 2016.

1,232 delegates from 60 cities in total attended the advertising creativity festival, and soaked up after international speak sessions, breakout workshops, networking events and the huge exhibition of 3,112 entries across 18 awards categories.

Since the dawn of ADFEST in 1998, we have always been focusing in creativity and we will remain to do so. In 2017, ADFEST will be 20 years old. We dare calling for submission to design a new Lotus Awards trophy, to celebrate our 20 years of passion in creativity."

This year there were 70 entries for Radio Lotus. Jury President Ben Welsh, Creative Chairman Asia of M&C Saatchi, Sydney said, “There are some brilliant writing – so much I feel we should have a ‘writing for radio’ craft category. Not much in the way of inspired use of radio which was a shame. Overall the best and simplest ideas were the ones which stood out.”

Nine awards were announced, including 3 Bronze, 4 Silver, and 1 Gold Lotus. The Grande went to McCann Worldgroup Japan/McCann Erickson Japan ‘Beer-Lingual’ for Malts the Draft. The Gold Award was given to Leo Burnett Jakarta for GOMART ‘Beef Broccoli’ in Commercial Public Services & Private Services.

There were 282 entries being collected by the Film category this year.

Film Jury President Ben Welsh, Creative Chairman Asia of M&C Saatchi, Sydney said “If an alien landed on earth and wanted to get to know this part of the world I’d recommend judging film at ADFEST – you learn so much about the cultures. ADFEST is a unique show where cultural ideas are recognised not just in Roots."

26 awards were announced, including 16 Bronze, 6 Silver and 3 Gold.

The Grande was given to Nitto, Tokyo for Ocedel ‘Firefly Man’.

The three Gold awards were won by:

27 awards were given out in total, which included 10 Bronze , 10 Silver, and 6 Gold , Lotus awards. The Grande was presented to Cheil Worldwide, Seoul for Olleh TV ‘KT Life Saving TV’ in Best Use of Other Digital Media.

The six Gold awards were awarded to :

The Effective Lotus had increased to gain popularity and attracted 60 entries for ADFEST 2016. Entries must show results achieved against the strategy as well as the creative work and are judged on all three criteria.

Six trophies were given out in total, which included 5 Effective and 1 Grande Lotus awards.

The Grande was presented to Leo Burnett Melbourne for its ‘#MYFAMILYCAN’ campaign for SPC Canned Fruits and Vegetables.

Jury President of Promo Lotus and Effective Lotus Chris Chiu from Singapre, said “With over 300 entries representing a diversity of cultures that is Asia, it was interesting to see how there was a common thread to use tech to facilitate creative solutions. Thanks again, because promotions are created to target results, it makes sense that solutions utilise technology to maximise reach.”

There were 3 Effective Lotus awards given in the Campaign Success category for:

There were 2 Effective Lotus were given in the Small Budget category and were for:

Media Lotus received 247 entries. There were 41 awards given in the category, including 1 Grande, 9 Gold, 15 Silver and 16 Bronze. The Grande Lotus was presented to Leo Burnett Beirut for Johnnie Walker ‘Keep the Flame Alive’ in Best Use of Social Media & Earned Media.

Jury President, Josy Paul, Chairman & Chief Creative Officer of BBDO India, Mumbai said "For media, we looked at ideas that moved us powerfully and how media was used to maximise those ideas... How media created a multiplier effect. The changing nature of media is changing the way we look at ideas. "

Two of the Gold awards were presented to Hakuhodo Kettle. Inc., Tokyo for Best Use of Ambient: Small Scale ‘Shell We Move?’ for SUUMO, and Best Use of Technology work ‘Eye Play the Piano’ for The University of Tsukuba’s Special Needs Schools.

The other seven Golds were given to:

Branded Content and Entertainment Lotus had a fruitful year and counted 145 entries for 2016. There were 9 awards given in the category, and no Grande Lotus were presented this year.

Jury president, Josy Paul, Chairman & Chief Creative Officer of BBDO India, Mumbai stated "For branded content we were careful not to limit the category by defining it too sharply. It's too nascent a category and so we kept it open and let the work lead. It's about how brands tell, share, show and live their stories with audiences. Something that consumers want to spend time with. It's about 'pull' not push. Something that infects people so positively that they want to share it immediately.”

From 29 entries in the Integrated category, there were no trophies given out of the 3 finalists.

Grand Jury President, Jeremy Craigen, Global Chief Creative Officer of Innocean Worldwide, Seoul explained, “It is rare but the entered work this year in the Integrated category did not present well through the judging process, and had indeed room to improve.”

ADFEST’s INNOVA Lotus Award is given for outstanding innovation ideas for communication. The category received 49 entries this year. There were 5 awards given out, including 1 Grande, 1 Grande for Humanity and 3 INNOVA Lotus.

The INNOVA Lotus awards were presented to:

The Lotus Roots category recognises and encourages great ideas inspired by local beliefs and values and by the diversity of cultures represented at ADFEST every year.

From 153 entries, there was 1 Grande and 5 Lotus Roots awards.

BBDO India, Mumbai scooped another award for Whisper ‘Touch the Pickle’ when it picked up the Grande Lotus Roots ADFEST 2016.

Jeremy Craigen, Grand Jury President and Jury President of Integrated Lotus, INNOVA Lotus and Lotus Roots was particularly pleased with this year’s Lotus Roots entries and said, "Overall I was really pleased with the standard of work here at ADFEST. From traditional media like print and film through to the INNOVA Lotus category, the work continued to amaze and surprise me. The real highlight for me, however, was judging the Lotus roots. Here, I thought the work was exceptional and totally unique to this part of the world.”

The Lotus Roots awards were won by:

The final day of speaker sessions for ADFEST 2016 kicked off in the morning with “Who will be the Future Heroes of Creativity” by Mike Edmonds of Meerkats Brand Leadership Co., Perth. Followed by The Young Lotus of 2016 presented by Hakuhodo creative leaders Kentaro Kimura, Morihiko Hasebe, Elvis Sequeira, Devi Attamimi and Takahiro Hosoda .

After lunch, the D&AD fuelled another session on “Getting from Good to Great: The Power of Creativity” by great legend Steve Henry, Founder of HHCL and Decoded, London. ‘Creativity |Collaboration | Cirque Du Soleil” exchange between Jesko Von Den Steinen and Steven Wang of LEO Digital Group. Finally the last two sessions made delegates linger as Jury Presidents Crossfire II and III happens, moderated by past jury presidents David Guerrero and Charles Cadell.