Be Good For Goodness’ Sake

Trends and Insight 497 Add to collection 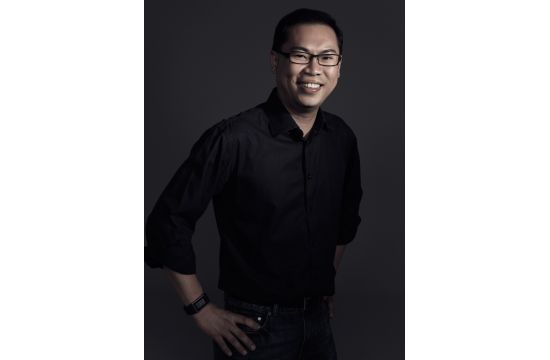 Santa knows if you’ve been bad or good.  What good have you done this year?

Marketers and creatives should stop pretending to do ‘good’ in an effort to gain consumer’s trust, and make an effort to make it real.  Consumers are getting more cynical with companies who donate their pocket change or ‘generous’ tax-deductible sums.  They expect greater accountability, more transparency and genuine change in the world.

Companies should start integrating social issues that are relevant to their market into their marketing and brand strategies.  Generating a profit and achieving social progress are not mutually exclusive goals. According to a study conducted by Nielsen in Aug 2013, 50% of the 29,000 online respondents in 58 countries would be willing to reward companies that give back to society by paying more for their goods and services. Nic Covey, VP Nielsen Cares says, “Today, the question is not whether consumers care about social impact, but which ones, how much and how to appeal to them.”

Since 1973, when Coca Cola taught the world to sing, they challenged radical prejudice and got people to see that there is good in everyone while sharing a coke on a hilltop. This year, Coke reminded us again that what unites the human race is far stronger than what divided us by creating two interactive vending machines, one in India and the other in Pakistan, that allow people in each market to connect with each other.  This was a simple yet powerful idea that allowed people from two conflicting countries to communicate happiness without borders.

One famous creative leader who’s always been a strong believer in using his creativity for a purpose is David Droga. He doesn’t believe in giving large donations; instead he prefers to invest his skills for good. “Ideas more than ever can make the biggest difference in the world,” Droga says. “We’re communicators, we’re problem solvers and we’re lateral thinkers and there’s nothing that can’t be improved with that. The world needs us and we want to be needed.”

His award-winning Tap Project for UNICEF originated as a simple request to diners at New York restaurants to pay $1 for a glass of tap water on World Water Day. Now 7 years in the running, the campaign is still going strong, and this year went social with a Facebook push that turned the world’s largest social network into the world’s first ‘water network’.

This same commitment is echoed by David Jones, Global CEO Havas Worldwide. “It is good to be able to do stuff which has a good end & good aim. But this isn’t actually charity. I believe that in the future if as a business you want to do well, you will have to do good. And that if you don’t set out to do good, you’ll find it impossible to do well. I think you will genuinely be able to out-behave your competitors in the future.” He says.

If you examine at all the Grand Prix winners in this year’s Cannes Lion Festival, including Dove Sketches, Dumb ways to Die and Manila’s Smart Textbooks, all carry a similar social theme.

Now it’s your turn to make a difference.

If you haven’t done so, why not take the first step?

Firstly identify what social issues do you or your audience cares the most.

Secondly, find the connection that allows you to integrate this social impact into the heart of your corporate strategy.

Last but not least, ensure that it stays authentic and consistent.

Take this opportunity, act responsibly and be the catalyst for change. And imagine the good that you can create for your business - and for your soul.