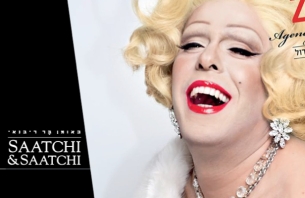 BBR Saatchi & Saatchi has been awarded 'Agency of the Year' by Globes, Israel’s leading financial newspaper, in its annual advertising agency ranking.  The star of the agency’s long standing campaign for Unilever Branflakes graces the cover of Globes, which selected BBR Saatchi & Saatchi’s 'My New Face' campaign for Life's M6 Razorblades as 'Campaign of the Year'.  The iconic ‘My New Face’ campaign achieved global press coverage.

The ranking is based on the agency's track record during the year and takes into consideration; agency awards for creativity and effectiveness; the number of times the agency's work was included in the 'Most Loved & Most Memorable' ads ranking; YouTube Viral Video Rankings; new business wins; agency growth and client loyalty.

As the rationale put forth for the agency's win states: "This was the year that BBR Saatchi & Saatchi reeped the fruit of its longstanding investment in creative and digital. At a time when advertising budgets are being slashed and overall ad spend is decreasing, the agency's achievements are absolute; both in a business sense, as the agency maintained its market share, but especially in a professional sense".

Not withstanding that coverage, Globes 'Firma' Marketing and Advertising special edition magazine also included a six page expose in which Yossi Lubaton answered journalists' questions regarding what. in his mind, is the vision for the industry in the years to come.