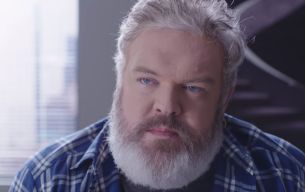 Whoever is a Game of Thrones fan, is no doubt familiar with the bulky and enigmatic character of HODOR who throughout the show’s seasons carries Bran on his back while uttering only a single word: ‘HODL’.

A word which has sparked many memes and which according to eToro’s latest global campaign is a gross misappropriation.

HODL which for many people has become shorthand for ‘hold-the-door’ refers for cryptocurrency fans and other people in the know to quite something else: the act of holding on to your cryptocurrency rather than selling it.

So in an attempt to familiarise people with the world of finances, cryptocurrency and online social trading, BBR Saatchi & Saatchi and eToro are taking a page out of some of the world’s most iconic shows.

And see Kristian explain in no uncertain terms what HODL actually means below.