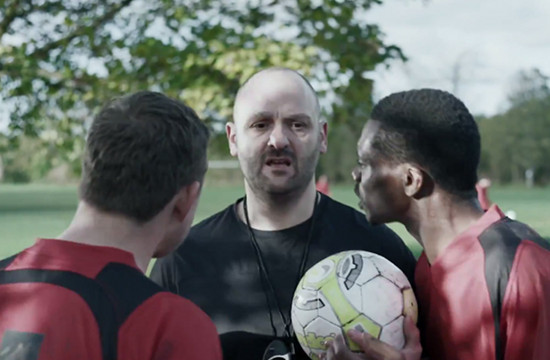 BBH Creative Director Dominic Goldman has written and directed through Moxie Pictures a 90 second film for The Mayhew Animal Home to encourage people to adopt a dog. The film launches on YouTube today and will air on TV on Friday during More 4’s coverage of Crufts.

The Mayhew Animal Home is one of the most effective animal welfare organisations in London, reaching thousands of dogs and cats to escape a life of abandonment, neglect and cruelty each year. The rehoming facilities are always full and there are many animals still waiting to be re-homed and given a second chance.

Rather than follow the category conventions, the new campaign takes a more upbeat approach to encourage people to consider adoption. “I simply can’t bear to watch ads about abused or starving animals. It’s just too upsetting” Dominic commented. “I wanted to write an ad that spoke the truth about what dogs give us - how they make us feel. Why we love them so much.”

This is the first time Goldman has turned his hand to directing. He commented: “I shared the script with some producer friends at Moxie who suggested I should try and direct it myself. It was incredibly daunting, but I had such a great team around me and everyone was so patient and supportive.

If just one dog is adopted and has an incredible 15 year life with a family, who will benefit from everything they bring, it will all be worth it.”

Written and Directed by Dominic Goldman