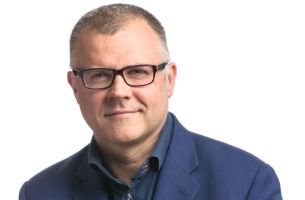 BBH UK’s CEO Ben Fennell is to leave the business at the end of the year after nearly 25 years’ service. Global CEO Neil Munn will take up the role of UK CEO in addition to his global remit.

From early next year, Fennell intends to set up a business that will help individuals, teams and businesses grow.

Having joined the agency as a graduate in 1994, Fennell was appointed to the board in 2000. He moved to Singapore in 2002 to become CEO BBH Asia Pacific, doubling its size and winning AdAsia's Agency of the Year two years out of four.

Upon his return to London in March 2006, Fennell took up the role of MD before being promoted to CEO in 2008, a role he has remained in since.

During his tenure, Fennell has been instrumental in ensuring that BBH creativity has had the opportunity to be expressed in new formats and across multiple channels.

The role of UK CEO will be taken by Neil Munn alongside his remit as Global CEO. As BBH’s global organisational structure moves towards 'One BBH' this transition ensures the business remains firmly on track in terms of creative momentum and client satisfaction.  Munn will take on the combined roles with the support of the global leadership team, and existing UK management team.

Ben Fennell said: "Having worked for BBH for almost 25 years it’s time to set up my own business. I’m passionate about growth, and in the new year I want to create a business that helps individuals, teams and businesses do just that. For now however, I’m fully focused on creating growth for BBH’s clients and on managing a seamless leadership transition at 60 Kingly Street.”

Neil Munn added: "When Ben Fennell walked into the BBH building nearly 25 years ago nobody could have anticipated the massive impact that he was going to have on our business. His energy, his commitment and his agency leadership have been truly exceptional and we have been very lucky to have him in amongst the black sheep. At the end of the year he will leave with our gratitude, blessing and absolute respect, and we will move into the next phase of making our creativity central to the success of our clients’ brands.”