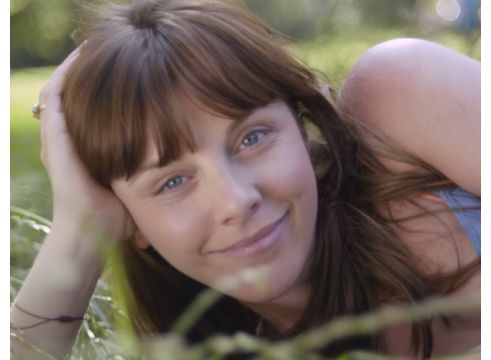 Bespoke Offers, the online and mobile-based offers service from Barclaycard, is launching a national TV campaign (supported with print, digital marketing and social media) to raise awareness of the brand and its personalised approach to the offers sector.

The campaign will focus on the idea that customers can use bespoke offers to find their “perfect match” – helping them save money on the kinds of products they want to buy.

The core audience will be ABC1 Mums, and on TV it will run across the Sky Network and will also use Sky and ITV on-demand platforms as well as 4OD. The print campaign will be featured in national daily press, regional press and select passion point media.  An outdoor campaign will also run across in-carriage media in London and the South region with over 5,000 underground spots.

Depicting customers who are in love with the perfect purchase they've managed to secure thanks to the offers on the site, the creative deploys the language of love to bring drama and emotion to what is generally seen as a functional category. The work will focus on two key categories for the site – fashion accessories and technology.

In the first spot, a girl is depicted swooning over her perfect partner before the camera draws out to reveal that, rather than a gentleman lover, her perfect match is in fact a handbag. In the second a male protagonist is seen serenading his match, which, it transpires, is a tablet he secured at a lower price thanks to bespoke offers.

The bespoke offers campaign also marks the first time that Barclaycard has used a performance buying model with media owners, with those including the Sky broadcast network being remunerated on the basis of registrations on www.bespokeoffers.co.uk.

Stuart Beamish, Marketing Director at bespoke offers, said: “bespoke offers had a great launch last year and has got off to a flying start. We are now building greater emotional warmth and resonance for the brand through this campaign.

"Bespoke Offers gives consumers something different because we can use actual spending habits, as well as likes and interests, to better partner people with deals. It’s this that makes us unique in the market and means that we are the only brand that can genuinely claim to be a matchmaker for shoppers looking for great deals on items they really want.

“With access to over 1 million existing users and investment to further build that base in the coming months, we have also created a compelling proposition for retailers to help drive acquisition.”

Alongside the TV campaign there will be a print campaign that will show other ways in which bespoke offers can play matchmaker for a range of needs. The brand has also invested in a social media “war room” that will create branded content relevant to the news agenda that picks up on the same theme.

BBH developed the creative concepts and TV campaign with RAPP executing the print, outdoor and digital creative. The media has been planned and bought by Maxus.